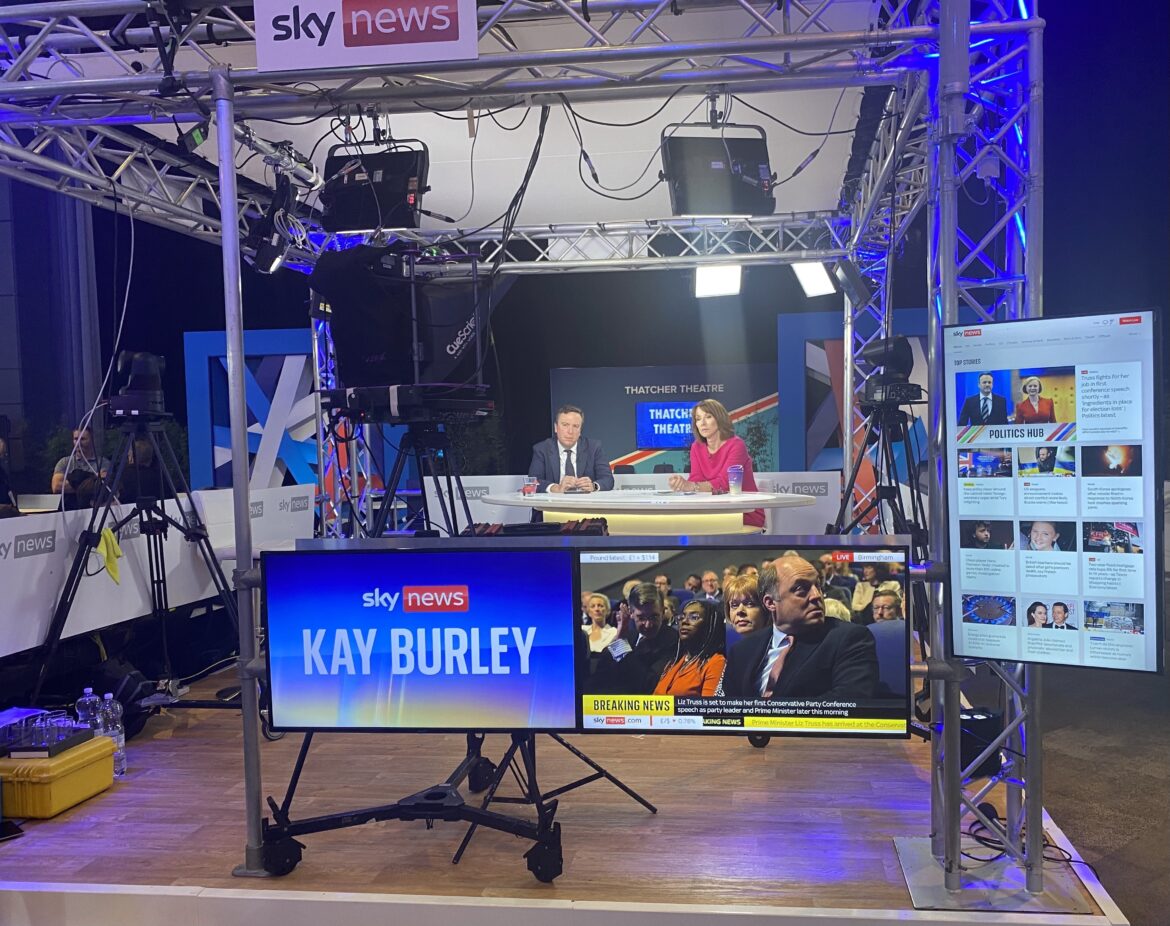 I travelled down from Liverpool to Birmingham on Thursday (29th) in advance of the Conservative Conference and the second stage of our representing musicians at the principal party gatherings.

Once again we hosted a stand – although considerably smaller than our space in Liverpool – plus a drinks reception at which we promoted our drive for all children to have access to musical instruments in schools. The wonderful Brodsky Quartet performed for us at the latter and General Secretary Naomi Pohl and MU Head of Education Chris Walters spoke passionately in support of our cause.

One advantage of the event was the chance to meet journalists, producers and reporters from the major media outlets in the commercial hall, including the BBC, Sky News, Times Radio, LBC and GB News.

I met colleagues from UK Music and lobbying company Lodestone at the Hyatt Hotel in the evenings, where I also had the opportunity to engage Foreign Secretary James Cleverly about our campaigns.