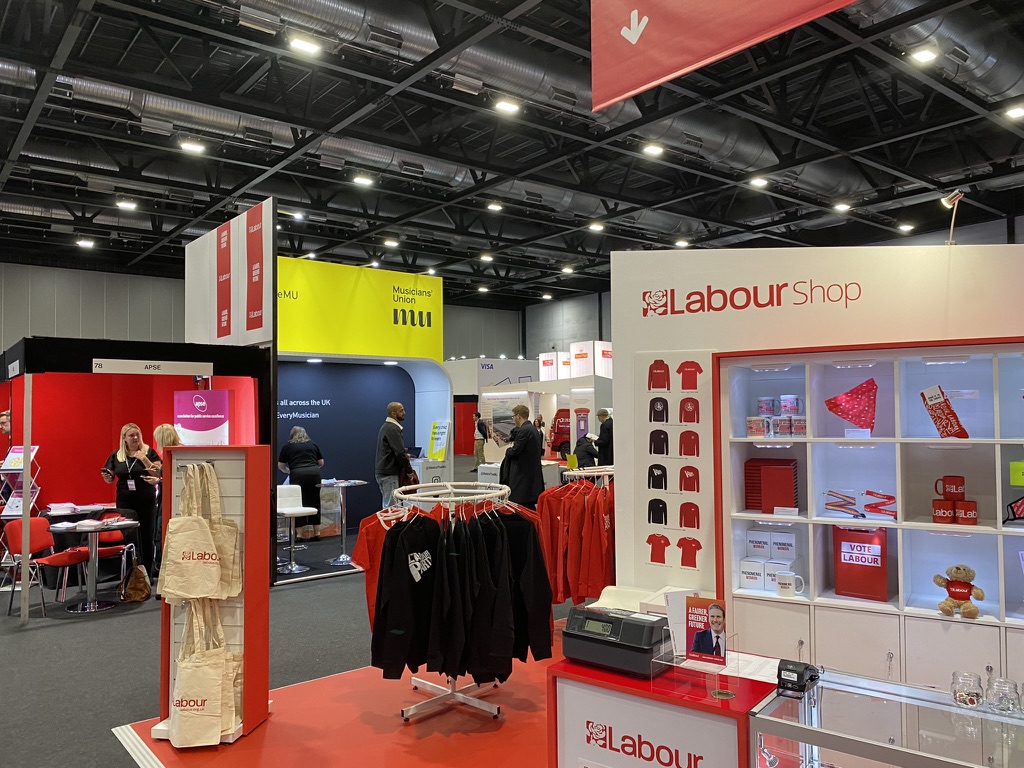 A very busy two-week period at the party conferences began last Thursday (22nd) for me, as I caught the train from Euston to Liverpool Lime Street and checked in at the superb Hope Street Hotel in the city’s elegant Georgian Quarter.

An invigorating walk down to the Albert Dock and its exhibition centre followed. A soon-to-be daily journey, which never failed to be entertaining thanks to the historical landmarks on route, including the impressive Anglican Cathedral and the evocative Liverpool skyline.

In partnership with our stand installers, Mobile Exhibition Stands Ltd, we had prepared an eye-catching stand, which was to benefit from an excellent central location in the commercial area. The stand proved popular with delegates, MPs and general visitors alike, as we highlighted our Music for All campaign. This was also the key element of our drinks event at the nearby Jury’s Inn  on Monday evening and my thanks to flautist Sarah Bennett and her Quartet – including Roberto Ruisi (violin), George Hoult (cello) and Martin Shaefer (viola) – for their spirited performance throughout the successful reception.

From a political standpoint, the MU generated notable profile, with our report published in partnership with the Fabian Society on Music Education, a highlight of the week. We also discussed our aims for instrumental tuition in Scotland, Wales and Northern Ireland.

MU Head of Communications and Government Relations, Isabelle Gutierrez, attended all the conference National Executive Committee meetings and was part of the stage panel for the debate on a green and digital future.

General Secretary Naomi Pohl spoke on a number of panels including events on the future of UK-EU relations, an arts and culture roundtable with Jeff Smith MP, plus a fringe on proportional representation. She also gave a rousing speech at the TULO rally alongside other Union General Secretaries.

On the floor of conference, MU delegates voted in favour of the successful ‘proportional representation’ motion and MU member Andi Hopgood made a well-received speech on stage about the need for music streaming reform.