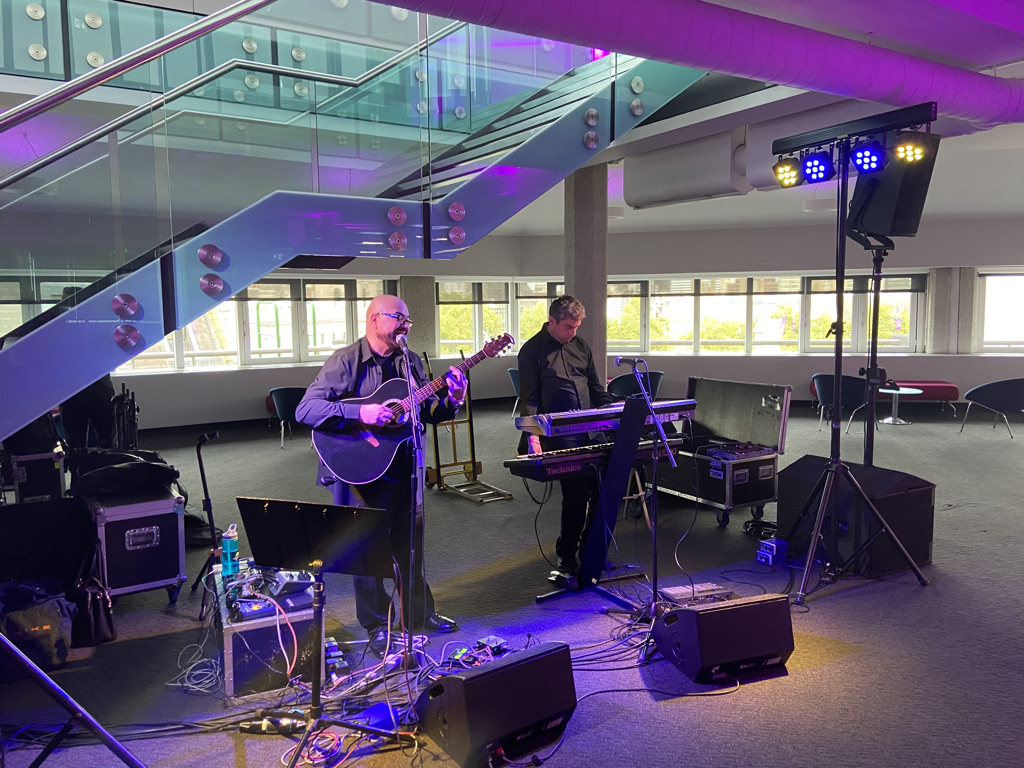 I was contacted last week by Paul Nowak, Deputy General Secretary of the TUC, who was aiming to arrange a Greek-themed evening at the organisation’s annual General Council dinner, which this year was being held at the Queen Elizabeth II Centre, Westminster.

Gail Cartmail has served as TUC President for the last twelve months and the TUC Council wished to reflect her Greek heritage at the dinner.

With only a few days to go, I called the ever-reliable Lee Wickens who agreed to supply a suitable PA and also recommended I speak to Pavlos ‘The Duke’ Doukanaris and Nick Lambos of Montana International Music. Lee had completed many a similar event with the duo and Pavlos and Nick proved to be a perfect solution to the TUC’s demands.

Having confirmed the details with Paul, he very kindly asked if I would like to attend the dinner. So tonight I joined MPs Yvette Cooper, Kerry McCarthy and Alison McGovern, plus Mick Lynch and Mick Cash of the RMT at our table.

During the evening I spoke to Sir Kier Starmer, Leader of the Labour Party, and TUC General Secretary Frances O’Grady, amongst many other attendees of note. There were nineteen members of the Shadow Cabinet present