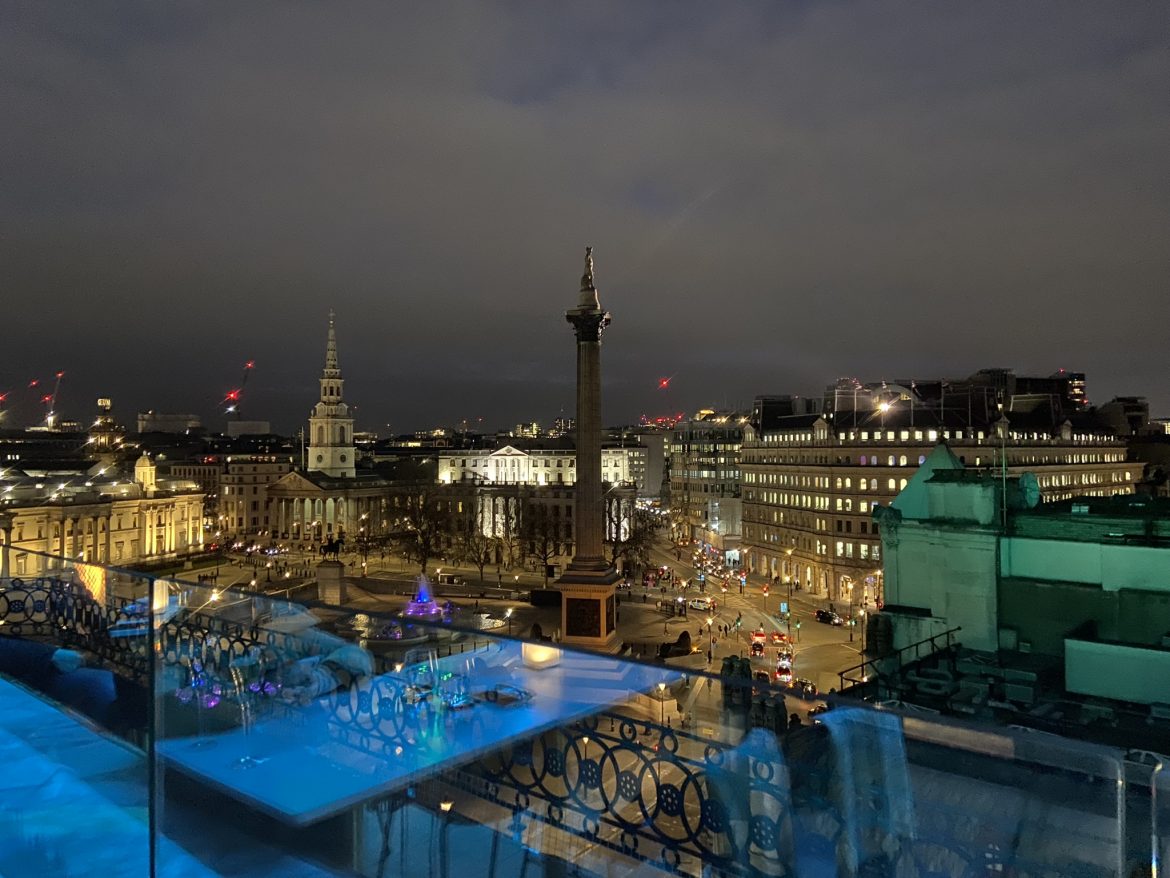 A very pleasant late afternoon and evening in town with Mark, which began at The Rooftop, St James’s, just off Trafalgar Square. Understandably for January, enjoying the superb view from the outdoor tables was somewhat tempered by the very cool temperature. Plus two ‘winter warmer’ cocktail coffees and two beers generated a £49 bill, so after half an hour we chose to move on in search for a venue for dinner.

Walking through the familiar surroundings of the West End, we reached Gerrard Street and chose the Royal China on the south side from the numerous restaurants on offer. A sweet and sour pork later, we walked over to Soho central and had a quick coffee in a new wine bar in Dean Street, Ducksoup.

We ended the mini-tour at the Duke of Argyll in Brewer Street, which is an excellent Sam Smith’s pub that has benefited from a tasteful refurbishment and restoration of its Victorian heritage. A very welcome environment to appreciate a single rum and ice.

Earlier in the day I had driven over to Chislehurst to meet TV star Catherine Southon at her office in Bromley Lane. The midday appointment had been made to obtain a valuation on the engraved silver salver that had been given to my grandfather upon his retirement as Headmaster of Friern Barnet Grammar School in 1941. My thanks to Catherine for her time and advice.