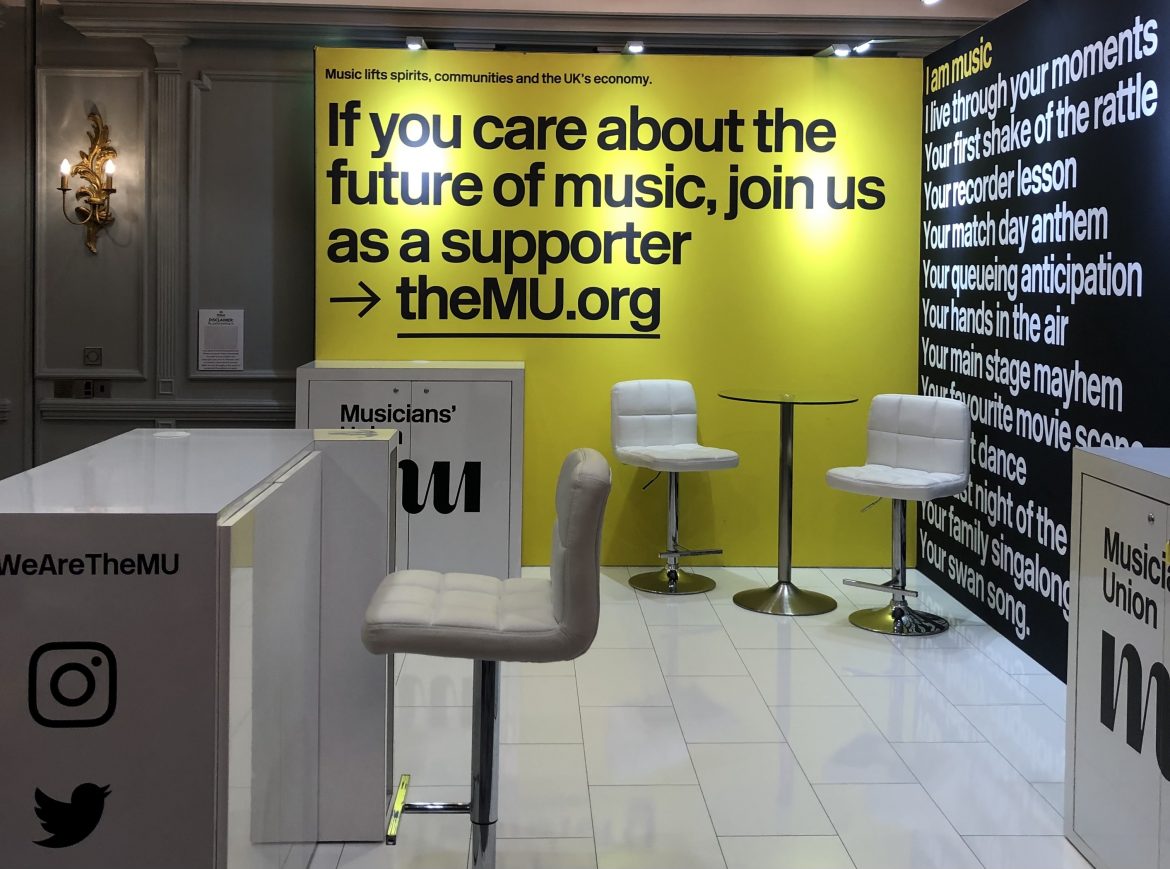 As the industry attempts to bounce back post-pandemic and those who lost jobs and income urgently seek employment, the MU warns many could find themselves more vulnerable to exploitation.

In recent months, artists such as Rebecca Ferguson and Lily Allen have shone a spotlight on the abuse by senior figures and organisations in the industry, detailing their experiences which range from sexual harassment and assault to bullying and coercive control. However, the Musicians’ Union warns it’s not just high-profile artists who are put at risk by the culture of the music industry and that victimisation and sexual abuse is also rife behind-the-scenes.

New reports from a group of women, all ex-employees and freelancers from a well-known music promotions company in the North of England, reveal shocking testimonies of ill-treatment, sexual harassment and assault, at the hands of their employer.

“I experienced sexual harassment constantly at work – both in and outside of the office. I was regularly groped and touched inappropriately. Outside the workplace, my manager would often send me lewd, explicit photos or videos of himself. I never felt safe.

“Like many of the other survivors I know I’m still traumatised by my experiences. When you choose to work in the music industry it’s often because you have a real love of the arts. You want to be surrounded by passionate, creative people – not entering a workspace when you worry you may be assaulted by your employer. More needs to be done to protect people in the industry both on and off-stage. I’m hopeful that through sharing stories like ours that we can help implement industry-wide positive change.”

“It’s unacceptable that so many artists, musicians, employees, and freelancers have suffered abuse at work and that many have left the industry as a result. With more women stepping forward to share their experiences, it’s vital the industry adopts a zero-tolerance approach to ensure everyone in the creative arts is protected as they return to work.

“We’re pleased to see the Government is recognising the seriousness of this issue after having recently convened a series of important creative industries-wide meetings to ensure positive action is implemented. Now we ask for action: we need the Government to strengthen the law to prevent sexual harassment at work before it happens. Together, with survivors, and other trade bodies like UK Music who are committed to ensuring change happens, we want to create a movement to ensure the music industry is a safe place to work for everyone.”

Prior to the pandemic, a poll of its members by the Musicians’ Union revealed:

The Musicians’ Union has long been campaigning to make the music industry a safer place to work. In 2018, the trade union launched its SafeSpace service – offering musicians and other music industry workers a ‘safe space’ to confidentially report sexual harassment, abuse, bullying and discrimination in the industry. In just three years, the Union has received hundreds of reports, demonstrating the real need for action now.

The Musicians’ Union is also calling on the public to sign up for free to its Supporter programme to become part of the movement to protect musicians in the workplace and add weight to its demand of the government.

“What we are talking about here is injustice. An imbalance of power and people using their power and their position to abuse people with less power. It’s not good enough! We need to be able to call these things out for what they are with no fear, or it will never change.

“We have future generations to think about; there is a huge responsibility on all of us working in the creative arts to create a better and safer environment for the youth.

“There is no use in pushing the youth to work within the creative industries if we’re not willing to tackle these kind of problems.

“We have normalised abuse for too long and it needs to stop! I support the Musicians’ Union and I hope that 2022 is the year that adequate legislation is introduced to protect people working within the creative industries. A Standards Authority that is completely independent should work alongside MU to enforce legislation.

“I was told that I had been booked by the people involved in this case in the past and that me providing a comment could compromise me! To that I say, let me be compromised. I will always speak out against abuse and stand up for people who are suffering injustice and the rest of the industry needs to grow a backbone and do the same, stand up and speak out against abuse! Because if we all stand together, it will stop!”

To find out more about Musicians’ Union work on tackling sexual harassment in the music industry, and how to get involved, please visit the initiative’s website.

“We strongly support the Musicians’ Union’s demand for a zero-tolerance approach to sexual harassment and abuse. The MU works tirelessly to help those who have suffered abuse – and their latest report again highlights the need for action.

“UK Music is in discussions with the Government and the music industry about finding the best ways to offer greater protection to everyone who works in our sector. We are determined that the music industry is a safe, inclusive and welcoming environment.”

Safe Space exists to provide a safe space for all musicians to share their experiences of sexism, sexual harassment, and sexual abuse in the music industry.

If you have been subject to sexism, sexual harassment and/or sexual abuse, whatever your role in the music industry, you can report it in confidence using their online service.

All answers will be treated in the strictest confidence. Only four members of staff will have access to an individual’s answers, which the MU will use to inform their work on making the music industry safer.