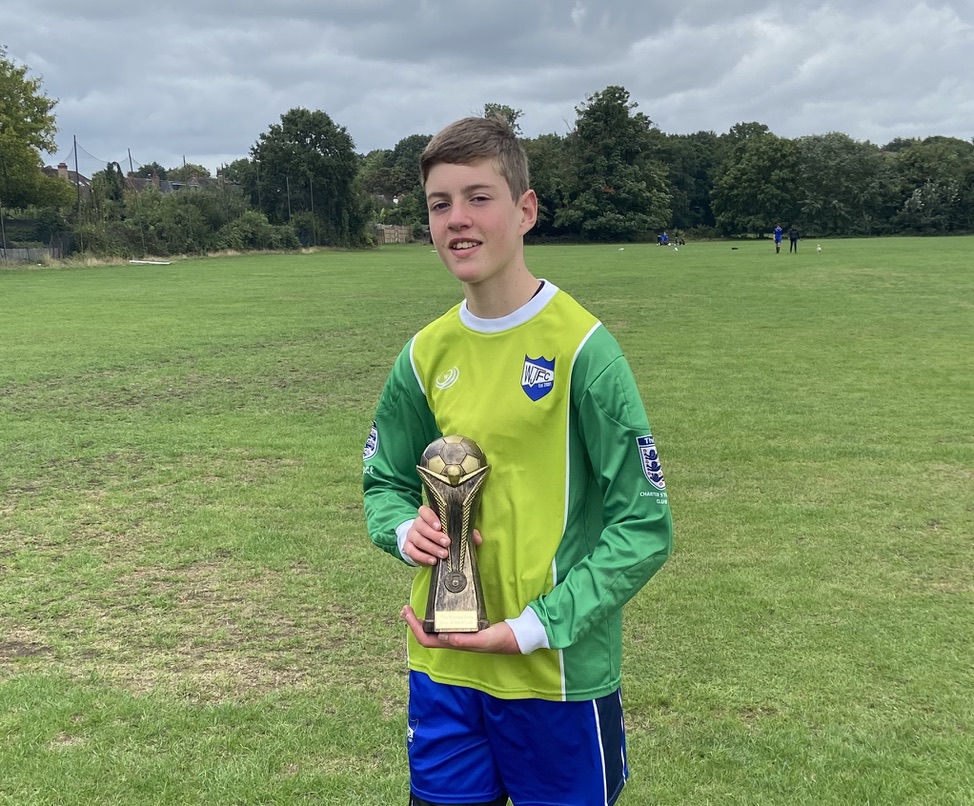 Finally, a football match for The Warren JFC, the under-15s team for which Ben plays. Kicking off a new season after many months away, the boys lined up against local rivals, Petts Wood. Our lads started somewhat sluggishly and were 3-1 down at half time. Ben entered the fray at this point and played the entire second half in goal, making several key saves and preventing Petts Wood extending their lead. Gradually, The Warren got to grips with their opponents and ran out 7-4 victors. Acknowledging his contribution, Ben was awarded the ‘Man of the Match’ trophy by The Warren’s management team. Well done son!