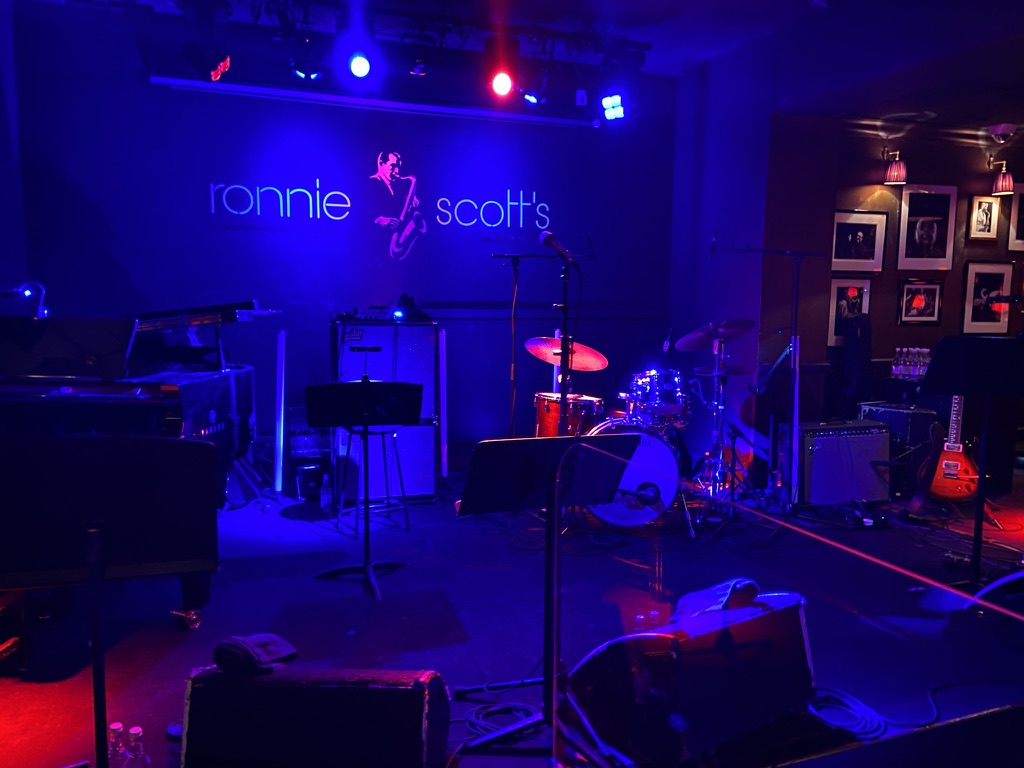 A marvellous day in the company of long-term friend and business colleague Mark Batchelor which began at 10.30am this morning in Denmark Street, where we met ahead of a series of visits to music-related sites across the West End.

First up was Frith Street in time for the brunch jazz event at Ronnie Scott’s. This is a weekly gig and features a superb band consisting of Adam Goldsmith (guitar), Steve Pearce (bass), Neil Wilkinson (drums) and Adam Dennis (piano), plus – on this occasion – guest vocalists Cassidy Janson and Aimee Atkinson. The line-up delivered an excellent set boasting a tastefully selected songbook of classic hits and theatre standards.

Mark and I then stepped out into the summer London sun and headed over to Phonica Records at 51 Poland Street, W1. It was a Record Store Day, an annual event which promotes all that is great about traditional record stores, with special offers on vinyl designed to attract turntable aficionados of all genres.

We then dropped into Sister Ray at 75 Berwick Street, Reckless Records at number 30 in the same road, and finally Sounds of the Universe at 7 Broadwick Street. This tour of record shops was bolstered by a stop outside the former site of Trident Studios in St Anne’s Court and the current De Lane Lea Studios in Dean Street.

Not wishing to pass the opportunity to visit a men’s retailer or two, another highlight was a stop at my favourite suit outfitters, Adam of London, newly opened in Berwick St.

With a mid-afternoon drink calling, we walked over to Bond Street and enjoyed cocktails at Hush in Lancashire Court, Mayfair, and at the same time had a swift look at ‘Handel and Hendrix in London’, the recreation of their respective flats in Brook Street.

A stroll across to the north of Oxford Street led to a visit to Manchester Square, former home of EMI Records and a little further west, to the location of the Phillips Studios at Stanhope House, 2-4 Stanhope Close. Many a classic 1960s recording was made here under the guidance of producer Johnny Franz, including hits by Dusty Springfield and the Walker Brothers. Devotees of the 1980s would recognise these buildings courtesy of Paul Weller who purchased the studios, changing their name to Solid Bond in 1983.

By this time dinner was calling and Mark and I walked back to Marylebone for more drinks and a very welcome Italian meal to round off our memorable tour.