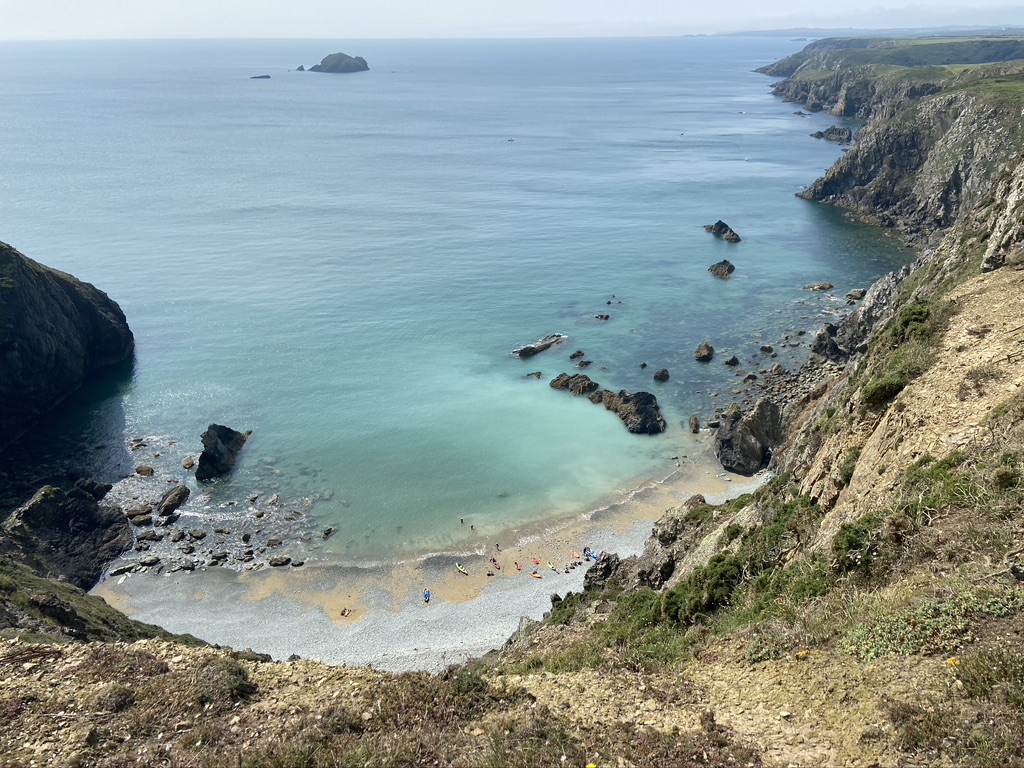 Julie, Ben and I have spent a relaxing week in west Wales in the company of long-term friends, Roger and Brenda Farley. We were based at New Gale Lodge, a modernised farmhouse halfway between Haverfordwest and St David’s, a mile or so inland from New Gale beach.

Arriving on Sunday, the five of us met up on the wide expanse of New Gale beach and were soon to be found playing beach cricket. Having settled in at our home for the next few days, as night fell we drove to Solva and enjoyed a very pleasant dinner at the The Cambrian Inn.

The following morning the heavens opened and so, after an excellent breakfast, we played cards to let the weather pass. In the afternoon, as the sunshine broke through, we headed to St David’s and visited the Cathedral and the Bishop’s Palace. We then drove a mile or so up the coast and walked out onto the beautiful setting that is Whitesands Bay. Upon returning to our residence, Roger drove the two of us to Moby Dicks in Haverfordwest and we collected slap-up fish and chip dinners for everyone. We then took in the lovely sunset on the beach and shared a glass or two of wine.

On Tuesday morning, we parked at New Gale and set off along the coastal path to Solva. Five miles of rising and falling cliff paths lay ahead of us and as it was a particularly hot day, it soon proved quite a challenge. However, the views along the coast were spectacular and certainly made our efforts worthwhile. We arrived at our destination in the early afternoon and ordered lunch and much-awaited drinks at the Harbour Inn. We took a taxi back to New Gale and dropped in at home, before heading out to Tenby in the evening. A walk along the south beach at the resort was followed by a round of craft beers at the Harbour Brewery.

Wednesday morning was spent having fun in the sea at New Gale once more, prior to the Farleys heading home as they had arranged to return to Long Crendon, near Thame in Oxfordshire, on Thursday morning for Brenda’s birthday. Having bathed in the sunshine until the evening, Julie, Ben and I then drove to Nolton Haven and tucked into a takeaway spread at the Mariners Inn.

We had been keen to make a boat trip a part of our holiday and Julie had booked a ninety minute trip around Caldey Island for Thursday morning. It proved a fairly grey day, but we saw numerous seals on the island’s beaches and appreciated the bracing freshness of the Welsh coast. A superb refill at The Bishop’s pub in St David’s perked us up again – I can definitely recommend their superb ploughman’s lunch – and our seeking out St Non’s Chapel nearby where according to tradition St Non gave birth to St David.

Having packed on Friday morning, we locked up the farmhouse and drove east towards our next stopping point in Stroud, Gloucestershire.