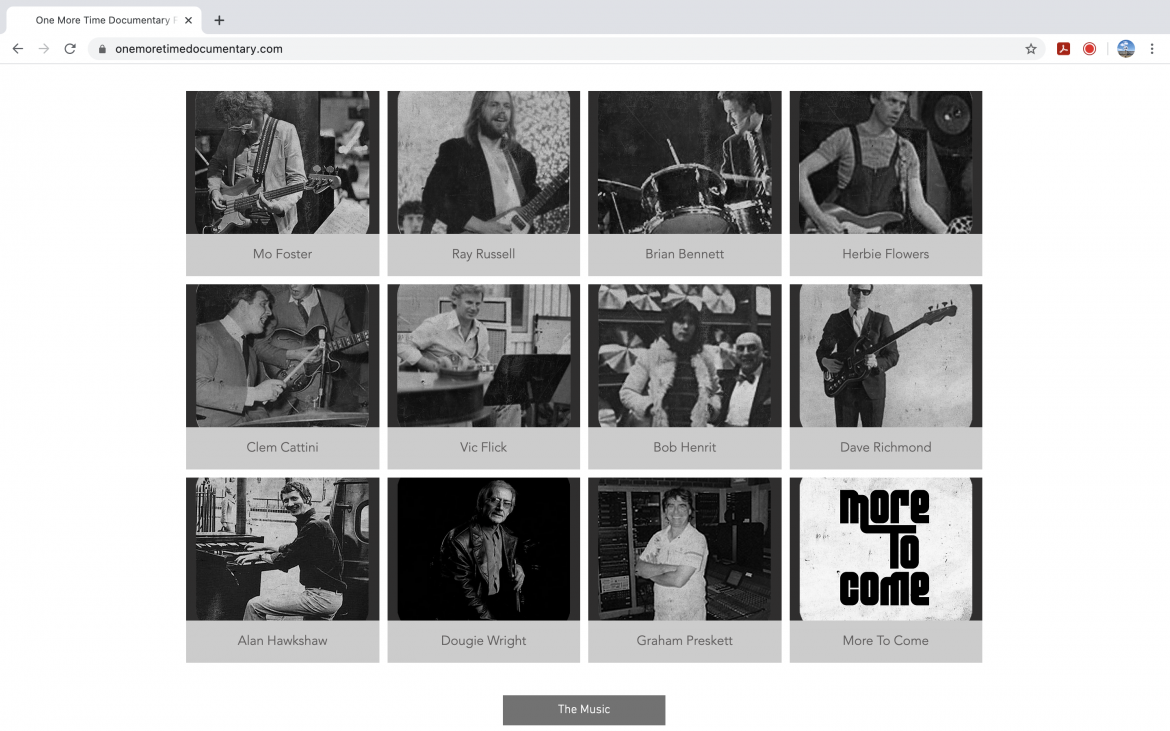 I joined an entertaining online meeting this evening, hosted by documentary film maker Alan Boyd, in which legends of the session music world gathered to watch the scenes recorded to date for a film, ‘One More Time.’

The feature is aiming to “capture the legacy of the British recording scene from the late 1950’s to the early 1980’s, as seen through the eyes of the best-known session players who both defined and were defined by the era.” Clem Cattini, Mo Foster and Ray Russell showed their appreciation for the initial work and I look forward to liaising with Alan as the project moves forward.