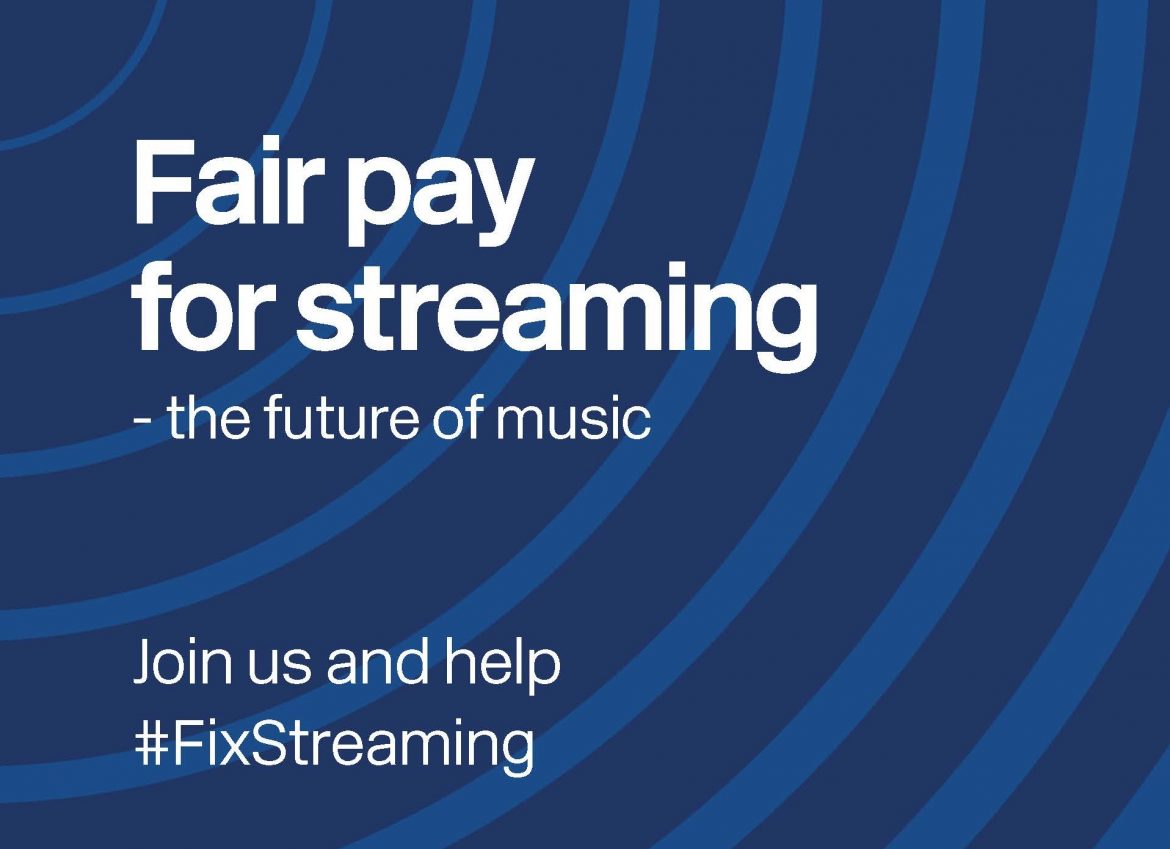 The Musicians’ Union, The Ivors Academy and Tom Gray, founder of the #BrokenRecord Campaign, have welcomed the decision by the Competition and Markets Authority (CMA) to carry out a market study into music streaming.

This decision follows the Government’s referral of the dominance of the major music groups to the CMA – one of the key asks of the #fixstreaming and #brokenrecord campaigns – which will help to address the extraordinary power wielded by multinational corporations over the marketplace.

In their letter to the Department of Digital, Culture, Media, and Sport (DCMS) and the Select Committee, the CMA has highlighted the importance of this research, reflecting the urgent need to address the growing power and domination of the key music groups. The CMA notes that “in the light of the concerns you have collectively expressed, this work should be prioritised: that is, it should be the next market study that the CMA launches.”

More must still be done, however, to support the UK’s fantastic artists, musicians, and songwriters. Reforms such as securing equitable remuneration for performers, improving contract terms and increasing the music publishing share of streaming revenue would go a long way to transforming the UK into the best place to be a musician, songwriter, or composer in the world.

“We are delighted that the CMA is following through with proposals to carry out a market study into music streaming. This shows a fundamental willingness and interest from Government and regulators to tackle the pervasive issues around the major labels’ current market domination. Now is the time for the Government to further commit to supporting reforms for equitable remuneration for musicians, to ensure that our fantastic musicians are fairly and properly rewarded for their work.”

“It is great news that the domination of the major music groups in the streaming market will be subject to scrutiny. This marks a crucial step towards creating a fairer and more transparent UK music landscape, particularly through addressing what the DCMS Select Committee’s report described as ‘deep concerns’ around the dominance of the major labels. It feels like real progress is being made to fix streaming, with some of the Select Committee’s key recommendations already being taken forward. There are many issues with the economics of music streaming and it isn’t a fair playing field for creators and performers at present but we are hopeful of meaningful change. Many thanks to the CMA for their encouraging announcement today.”

“The DCMS Select Committee, the UK Government and now the UK Competition and Markets Authority have listened to the concerns of music creators. They accept it is time to look into the structure, activities and market power of the major music groups. These groups control the majority of the recording and publishing markets. They do this without any proper regulation, control or separation of interests. The consumer wants a healthy pipeline of diverse music talent where fair payment is given to the creators they listen to. The CMA study will be an important step on this path.”

“The pandemic has allowed music creators, consumers, politicians and now regulators to look afresh at the way our industry operates. The power of the major music groups is nothing new, but the willingness to question their size, practice and dominance is. The music market has evolved, but music’s economic models have not.  Consolidation is not the answer. Polycentrism, not oligopoly, will best deliver a flourishing varied and functioning music market and ecosystem: a music market that encourages competition, broadens choice, stimulates innovation and enables sustainable growth and careers. Is music streaming a ‘winner takes all’ environment in its nature… or by design? A CMA study will hopefully tell us.”

“The music market has desperately needed investigation for over a generation. Access and value for creators is dangerously low. To say this study is welcome is a huge understatement. The future for British music-makers is a little brighter today.”