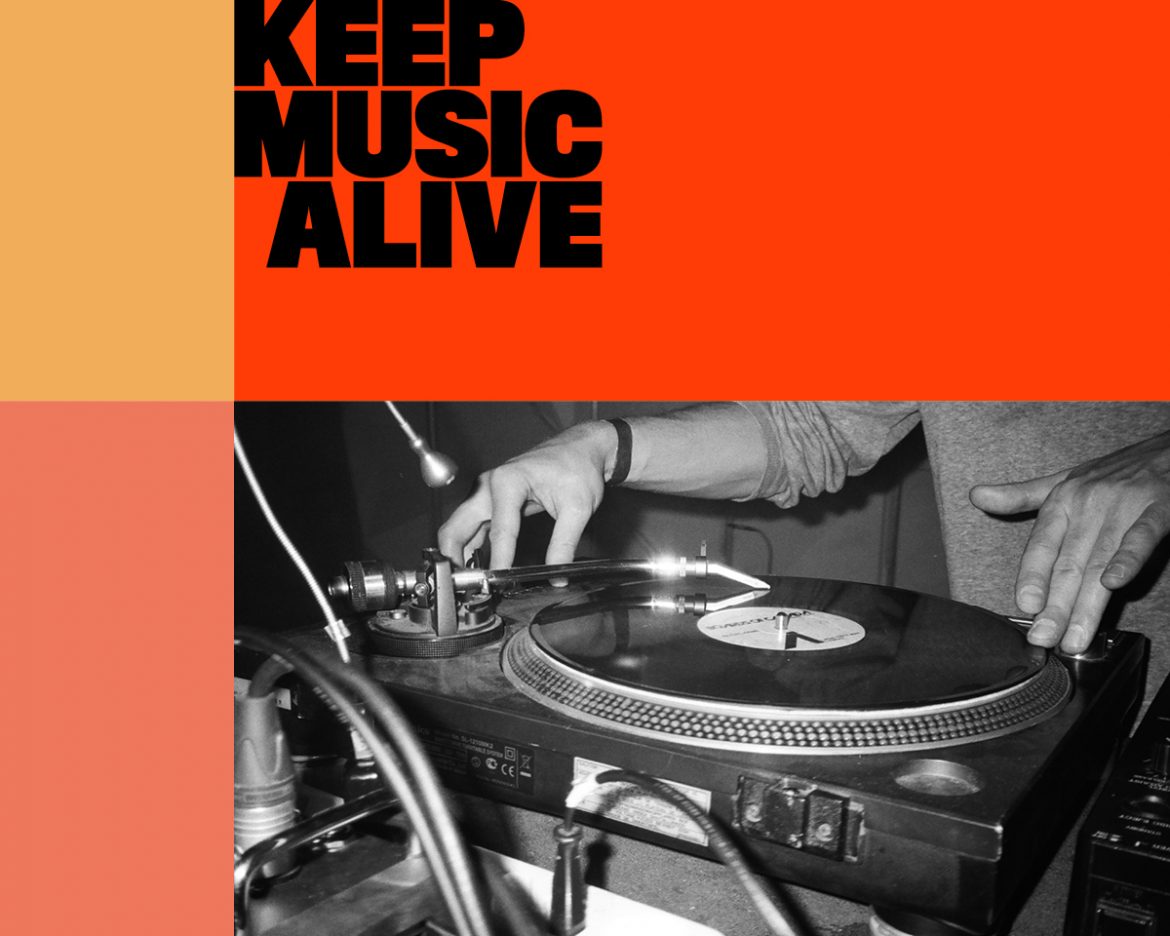 Keep Music Alive and #FixStreaming is a joint campaign by the MU and the Ivors Academy and is set for launch today.  Respected journalist John Harris has written an article for The Guardian article to mark the campaign being established.

This is a time of crisis for tens of thousands of music creators. Songwriters, composers and performers have been hit hard. Gigs and commissions have been cancelled, festivals and performances postponed, and recording studios closed.

This crisis has brought the serious flaws of the music industry into sharp relief.

Covid-19 has shone a light on the fact that composers, songwriters and most performers are unable to make a living from streaming royalties while the major labels receive record revenues from streaming.

How music creators are being affected

• Songwriters and composers – members of The Ivors Academy – anticipated a loss of £25,000 per person over 6 months from the outbreak of Covid-19.

• It would take 62 million Spotify streams to break even on a £25,000 loss, a figure that is wildly unattainable for most music creators.

• 1 in 5 musicians are considering abandoning a career in music due to the crisis, according to a recent Musicians’ Union survey.

Now that other income streams have evaporated, the unreliability of streaming income for those who make music – the very product that streaming sells – has never been clearer.

How major labels are thriving

• Just as the Chancellor announced the first support measures for Covid-19, the BPI, the British trade body for the major labels, announced that major label revenues have gone up 7.3% year on year.

• This was followed by Universal Music Group announcing $1 billion in revenue from streaming, just for the first quarter of 2020, and the IFPI announcing that 56% of $20bn global revenues last year came from streaming.

While the major labels play an important role, their story is not that of the whole industry and their success should not come at the expense of songwriters and performers. Given the amount of money generated by music streaming, music creators shouldn’t have to rely on Government support and hardship funds to survive.

The streaming model has been broken for years, but at this time it is posing an existential threat to the very profession of music creation. We must fix streaming now by building an equitable, sustainable and transparent model.

To do this, The Ivors Academy and Musicians’ Union have formed an Alliance. We have launched a joint umbrella campaign, under the name Keep Music Alive, to tackle long-standing inequalities in the music industry, starting with music streaming.

The Keep Music Alive campaign aims to fix the broken streaming market and calls for industry stakeholders to come together to build a viable model for royalty distribution in the streaming era.

We have set up a petition calling on Government to urgently undertake a review of streaming to expose its faults and ensure that the music ecosystem is transparent and fair.

Join us in creating the music industry we want to see.

You can take part and raise your voice by:

• Posting one of our graphics to social media

• Signing our petition to Government

Streaming royalties are not split adequately

Currently, songwriters, composers and their publishers get circa £1.50 of the £9.99 subscription fees paid by consumers, to split between them. Non-featured performers get £0. The streaming platform retains circa £3.00 and the remaining £5.50 goes to the record labels, who share some of this with artists. However, many artists receive a minimal royalty on streaming because their deals are out of date and heavily weighted in the label’s favour.

This payment model harks back to the days of CDs when record labels used to carry all the costs of recording, manufacturing and shipping. But the investment/return balance has long since shifted and the major labels’ investment is hence greatly overstated. Now we see songwriters, performers, producers, managers and publishers investing heavily in developing music and acts. They do so in their own studios, at their own cost, in their own time and at their own risk.

The share of streaming revenue that reaches individual music makers is negligible in most cases. So the suggestion of £2.50 for platform, £2.50 for the labels (shared with the artists 50 / 50), £2.50 to be collectively licensed on behalf of labels, artists and performers (both featured and non-featured, as per radio play royalties) and £2.50 for the songwriters / composers and their publishers is gaining traction as a potential model for the future.

We call on Government to review the current model, and music industry organisations to engage in discussion around rebalancing the split of streaming royalties.

Payments are not user-centric

A transparent and direct relationship between the consumer and the music maker should be encouraged. Currently, little of a consumer’s subscription fee goes directly to the music they listen to. Instead, the pro-rata method of distribution, which pools all revenue from subscriptions and divides it up based on the number of streams per track, is leading to a lack of transparency and payment distortions. With user-centric payouts, the money paid by a subscriber would go solely to the music they listened to each month.

The evidence suggests that, under user-centric payments, some revenue from the top tier of earners would be redistributed to the long tail. However, even if user-centric turns out not to drastically change overall levels of payments, it has potential to be a more transparent and trusted system, including by better tackling fraud arising from fake subscribers.

The evidence also shows that user-centric would redistribute streaming revenues to local artists. This would ensure the value created in the UK is extracted in the UK, and further, that the value originated in our regions and prolific music cities is returned to them, thus effortlessly fostering the creative cycle.

Unattributable royalties should be shared out

Between 20%-40% of streams are not attributable to any one music creator because the data required to properly match these royalties to the music streamed is missing. These royalties are currently paid out on a market share basis or, in the case of record labels receiving unattributable royalties, may not be paid out to artists at all. This distribution system once again rewards a few at the top, the most popular music that is already the most administratively efficient in registering metadata. It enhances the royalties of the most highly paid repertoire undermining the ability for independent and diverse repertoires to survive.

We call on Collecting Societies to provide accurate reporting on the amount of unattributable streaming royalties and pay these royalties out more broadly across their membership of publishers, songwriters and composers. We would also like a portion of unattributable royalties to go into funds for emerging creators. We call for regulation of the record labels, including an obligation for their royalty distributions to be independently audited on an annual basis.

Music streaming royalties are currently paid out as if every play were a sale, much like buying a record in a shop. However, streaming platforms increasingly provide a service whereby they effectively broadcast music to the listener, from automatic reproduction algorithms to curated playlists and the Radio feature. It is clear that, for the consumer, saying ‘Alexa, play some jazz’ is akin to switching on Jazz FM, as music is being selected for the listener and not by the listener.

So why is the broadcast element of streaming not paid out accordingly? Radio royalties are collected and paid out by collection societies which results in guaranteed payments for both songwriters and performers. We would like the same process to apply to a portion of streaming royalties, as currently streaming revenues for performers don’t go through collecting societies, resulting in non-featured musicians not being paid at all. Acknowledging that streaming is a mixed service would produce a much fairer and more transparent system.

We call for streaming payments to reflect the mixed service music streaming offers, a combination of on-demand and broadcast.