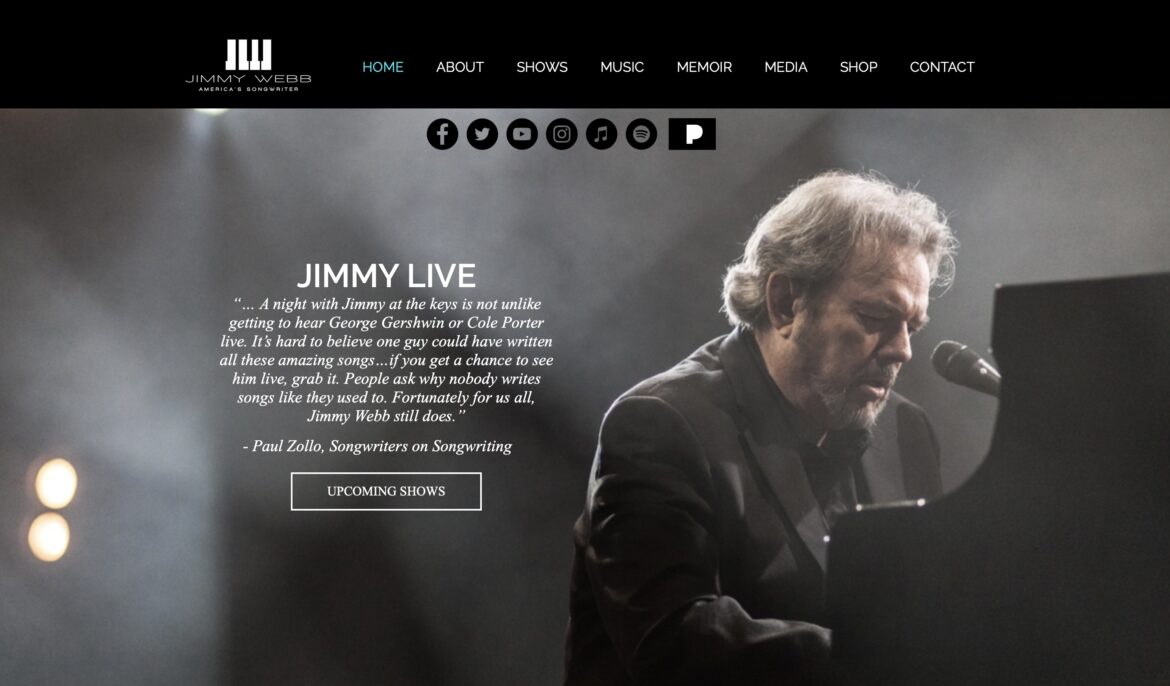 A wonderful night at Chelsea’s Cadogan Hall in the company of Jimmy Webb as he performed a selection of his legendary songs on the first night of a UK tour.

The awesome setlist included all my favourites, plus fascinating stories from his inspiring career composing for Glen Campbell, Frank Sinatra, Linda Ronstadt, the 5th Dimension, The Supremes, Art Garfunkel, and Richard Harris.

Encore: By the Time I Get to Phoenix

The gathering in the bar during the interval was a who’s who of industry contacts, including the charming Guy Fletcher, Rob Castle, Paul Gambaccini, Rob Dickens and his partner and former Pan’s People dancer, Cherry, Swing Out Sister vocalist, Corinne Drewery and a long-time friend, David Stark.

My thanks to Neil O’Brien for the complimentary tickets and the backstage passes.