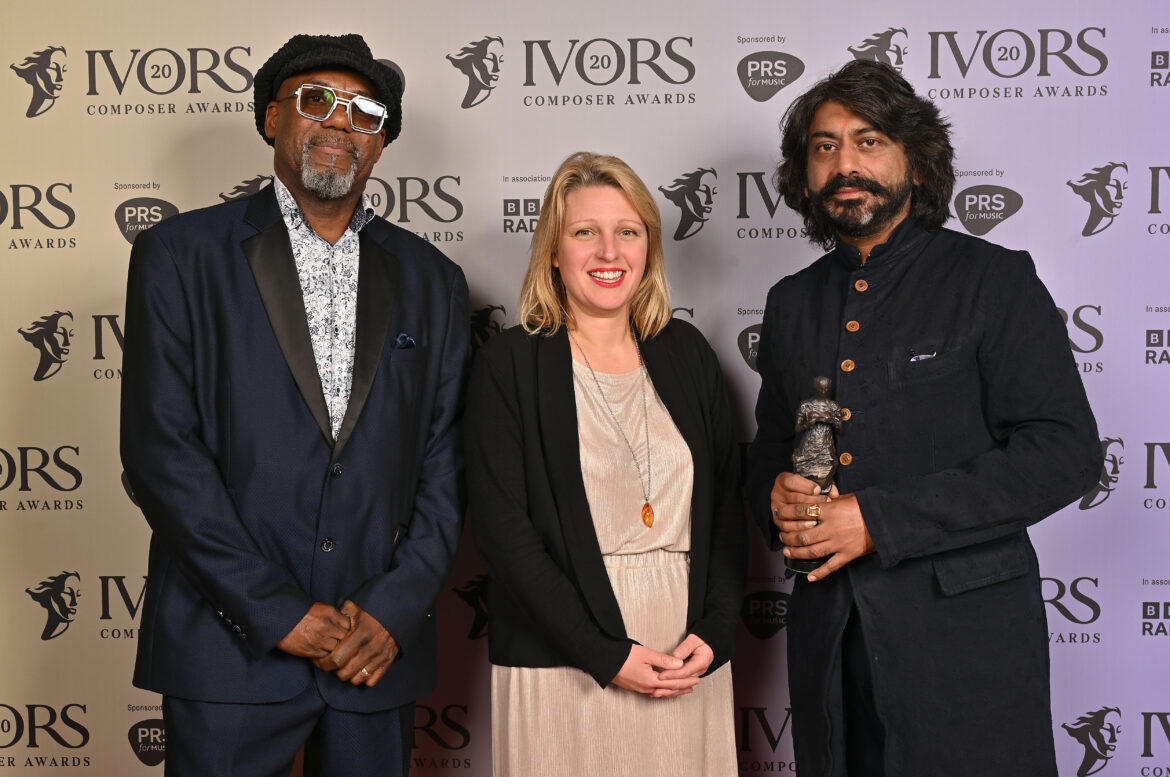 The Ivors Academy revealed the twelve winners at the 20th edition of The Ivors Composer Awards last night, celebrating the best new music in classical, jazz and sound art. 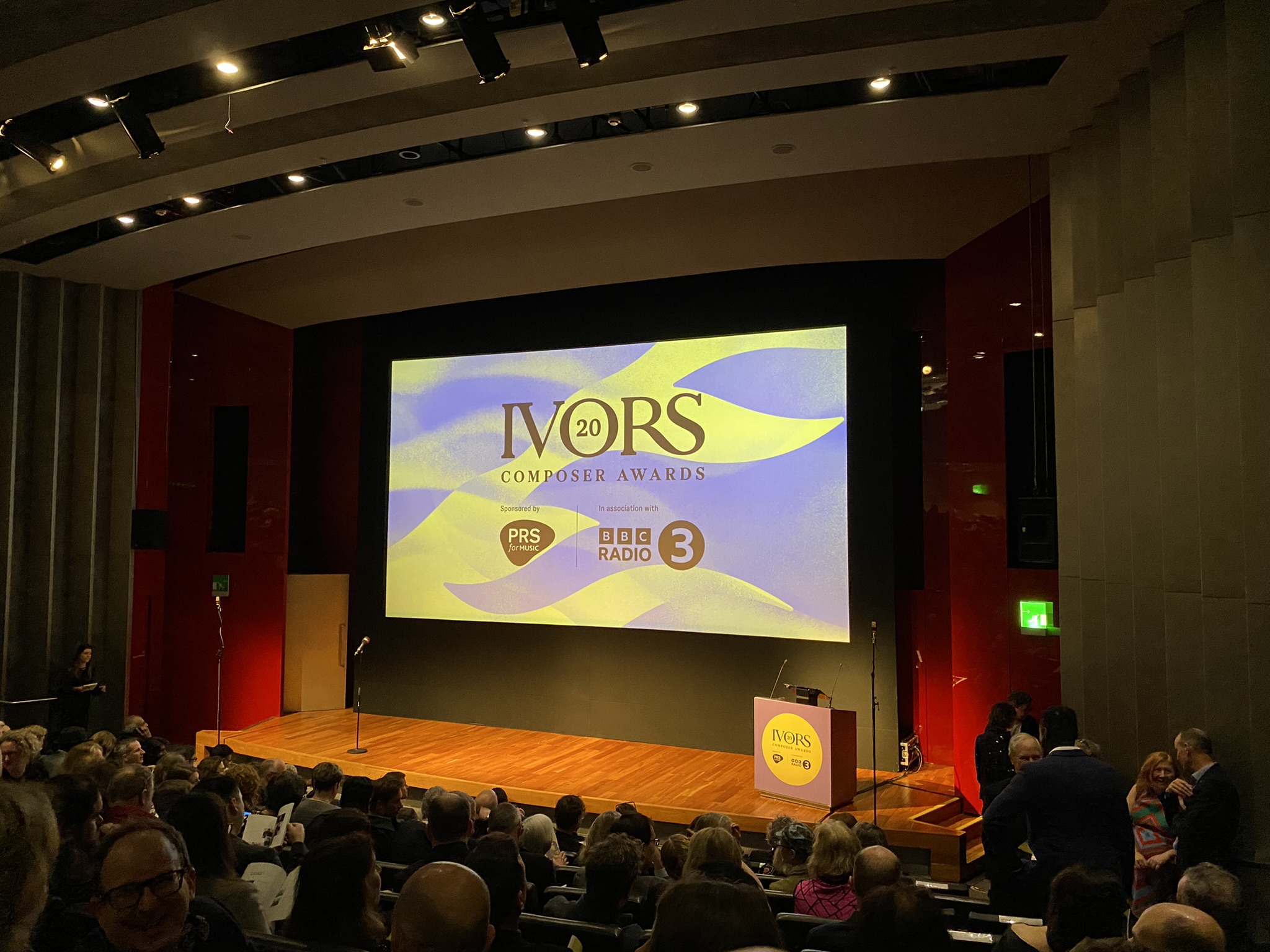 The winners were announced during a ceremony hosted by BBC Radio 3’s Hannah Peel and Tom Service at the British Museum. Three exceptional composers, Sir George Benjamin, Judith Weir and Talvin Singh, were recognised with special Ivor Novello Awards for their innovation, influence and legacy.

Widely considered as one of the most important voices in contemporary music, Sir George Benjamin received the Award for Outstanding Works Collection.

Judith Weir was honoured with Fellowship of The Ivors Academy, the highest accolade it bestows. A composer with a distinctive and persuasive voice, Judith Weir succeeded Sir Peter Maxwell Davies in 2014 as Master of the Queen’s Music. The first woman to hold this role, she composed pieces for the late Queen’s 90th birthday and Platinum Jubilee, as well as Her Majesty’s state funeral.

The Award for Innovation, sponsored by the MU, was presented by General Secretary Naomi Pohl and jazz maestro Orpy Robinson MBE to Talvin Singh.

A virtuoso tabla player and percussionist, producer and composer, Talvin is a unique, original and deeply influential creative force. He is a hugely instrumental figure in the Asian Underground’s distinctive mix of Western and Indian beats, an influence on so many musicians, plus played a crucial role in raising the visibility of British-Indian artists.

He has refused to be defined by genre, constantly innovating in his creative partnerships, which are extensive. From flautist Rakesh Chaurasia and sitar player Niladri Kumar to the American Free Jazz composer Sun Ra and members of the UK Big Band Jazz Warriors to projects with David Sylvian, Madonna and Richard Ashcroft.

The Ivors Academy considers Talvin to be “A major creative and cultural influence, an innovator in every sense of the word, who continues to leave a unique footprint on our musical landscape.”

The Ivors Composer Awards are supported by PRS for Music. BBC Radio 3 will broadcast the ceremony in a special edition of the New Music Show on 19 November at 10pm, which will also be available on BBC Sounds.

The Awards are judged by fellow composers and music creators for creative excellence. The jury included 48 composers and practitioners from across the classical, jazz and sound art community who judged the nine nominated categories, and the Academy special awards were decided by The Ivors Academy Awards Committee.

Choral:
ALL SHALL BE WELL composed by Joanna Marsh
for unaccompanied choir

Community and Participation, in association with ABRSM:
WHEN A CHILD IS A WITNESS – REQUIEM FOR REFUGEES
composed by Liz Dilnot Johnson
for choir, children’s choir, mezzo soprano solo, organ, piano, violin/Hardanger fiddle and refugee groups

Innovation Award, in association with the Musicians’ Union:
Talvin Singh

Large Ensemble:
SCENES FROM THE WILD composed by Cheryl Frances-Hoad
for tenor and chamber orchestra

Orchestral:
TO AN UTTERANCE composed by Rebecca Saunders
for piano and orchestra

Sound Art:
THE SOUND VOICE PROJECT: PAUL, I LEFT MY VOICE BEHIND AND TANJA by Hannah Conway
performance installation exploring stories of voice loss and identity.