Working as a musician

I have been writing songs for four decades and have worked with many musicians, as a live performer, bandleader, co-writer and in the studio. I regularly supply material to artists and in recent years have worked with a number of producers, focusing on lyrics, song structure and top line melody.

Playing live
I have sung, played guitar and performed as a solo artist, plus led a series of London-based live acts since the 1980s. Notably with the Birdcage live four-piece, alongside the excellent trio of John Park (drums/vocals), Dave Williamson (bass/vocals) and James Hawkins (kbds/vocals). Landmark venues played include The Borderline, Mean Fiddler, Ronnie Scott’s, Bush Hall, Marquee and the Troubadour.

Recording
In recent months, I have been recording 14 tracks for an album (‘Waterloo Sunrise’) of original material for independent release on vinyl and online in partnership with the highly-respected pairing of Kent-based producer Greg Fitzgerald and mastering engineer Mike Thorne. More news about this album will follow soon, with release set for 2023.

Working for the MU

I was appointed the PR & Marketing Official of the Musicians’ Union in January 2018, a role which built upon my previous nineteen years as Communications Official and London Officer for the MU. In June this year I was awarded a specific responsibility by the Executive Committee for the organisation’s public relations and national events – as the Union’s first dedicated PR & Events Official – recognising my extensive industry experience in these disciplines.

The Musician
I am editor of The Musician, which remains the flagship print publication of the MU and has been winner in the Best Journal category at the TUC Comms Awards on three occasions. Each 52 page edition contains a mix of interviews, features and advice and is distributed to over 30,000 working musicians in various formats.

PR
I have been involved in PR since the early 1990s and have been responsible for developing the MU’s profile in national, regional and trade media in recent years. In that time, the organisation has been featured in print, online and broadcast media including on the BBC, ITV, and Sky News. I continue to generate productive relationships with journalists, editors, broadcasters and writers from all sections of the media.

Artist liaison
My MU responsibilities have included establishing strong, mutually beneficial relationships with musicians, writers, composers, producers and educators at all levels of the business. From music teachers and rising stars, through touring and recording bands, to session players and featured name artists across the UK.

Party Conferences
In 2022, I was responsible for the management of the MU’s presence at both the Labour Party Conference in Liverpool and the Conservative Party Conference in Birmingham. Pre-pandemic, our stand at the 2019 Labour event in Brighton proved particularly successful and won the Organiser’s Best Stand Award, which was presented to the team by comedian Eddie Izzard.

Industry
Over the last two decades I have developed significant relationships with numerous contacts across the music business and the trade union movement, especially within sister organisations such as PPL, PRS for Music, UK Music, plus the TUC and the Labour Party (the MU has been affiliated since 1943). I am also currently a member of the Brit Awards Voting Academy.

Finance
I have been involved in the setting and managing of significant budgets for the MU for over a decade. Most recently alongside my MU colleagues in the Communications Department. I remain acutely aware of the importance of implementing and matching financial controls. I was also elected Chair of the Trustees of the MU Permanent Officials and Staff Pension Fund for 2022.

Advertising
For over a decade I negotiated and bought and sold advertising space, for both print publications and websites on behalf of the MU. In addition to matching budgets and deadlines, I have worked alongside artwork designers, ensuring adherence to briefs and technical specifications.

Branding
I was responsible for the implementation of the existing MU brand, including the current logo. Previously, in 2010, a complete rebrand of the organisation was implemented, and brand guidelines published, following approval by the Union’s Executive Committee of the thirty-five recommendations in my ‘MU Communications Strategy 2009 – 2011.’

Industry events
I have organised numerous events, from chairing MU seminars and booking bands, to organising national conferences for the MU and receptions at the House of Commons. I have also been responsible for trade stands, seminars and workshops at Olympia, Wembley, ExCel, the Barbican, the NEC, ACC Liverpool and many other UK venues. In addition, I have been co-organiser of several International Federation of Musicians (FIM) Conferences, notably in Glasgow and London.

Delegate Conference
The Union’s biennial Conference, the key policy-making event in the Union’s calendar, demands a considerable commitment by MU Officials and staff. This involves both the preparation of the Conference Report, for which I act as the collator and co-editor of the approved content, and the logistics of the event itself. The 2021 Conference called for an online provision and this was successfully organised and broadcast from a central London venue.

Political representation
I was a member of the Licensing Advisory Group for the Department for Culture, Media and Sport in 2004 – 2005, plus a National Campaign for the Arts committee delegate in 2004, when the highly respected Joan Bakewell was in the Chair.

Promotion
The MU has generated significant respect across the music industry and trade union movement for its merchandise and promotional materials. Any new items are now ordered, designed and delivered in keeping with the MU ethical and environmental policies.

Research
In partnership with dedicated research analysts, I established and distributed the first MU ‘State of the Nation’ member research in 2008. Surveys of the Union’s membership are now scheduled as a vital resource for strategic decision making.

Sound Advice
I was Chair of ‘Sound Advice’ in the early 2000s, the music business committee consisting of representatives from major music trade bodies including PRS, the BPI, AIM, PPL and Radio 1, set up to work alongside the Sector Skills Council in generating industry employment opportunities.

Partnerships
Over the last two decades I have successfully built partnerships with an array of agencies and third parties. These include publishers – such as Future Fusion with whom I have worked on several award-winning publications – designers, writers, printers, merchandise suppliers and advertising agencies.

Communications Awards
Since 2005, the MU has won 18 TUC Comms Awards, of which 6 have been as Winners, 6 in the category of Highly Commended, and 6 Commended. The winning productions have included The Musician magazine (2005, 2008 and 2013), the Members’ Handbook (2008, 2011) and the MU website (2008). Also recognised with commendations have been our videos, magazine features, reports and campaigns, plus our work in communications for visually impaired musicians and the innovative MU Live Music Kit.

Video
In 2015 I was Executive Producer of the MU’s first promotional video, created with the respected ‘This Is Tommy’ agency. I have also interviewed a number of high-profile session musicians for video and in audio, including jazz guitarist Martin Taylor, session guitarist Adam Goldsmith and bassist Geoff Gascoyne. Particularly memorable was having the opportunity to interview for audio the cellist and Holocaust survivor, Anita Lasker-Wallfisch, on her experiences as a musician both during and after the War.

Reviews
I have reviewed numerous CD albums and single download tracks since 2005 and over one thousand of these reviews have been published in print or online. Each quarterly issue of The Musician journal usually includes around 25 reviews and many of these have subsequently been reproduced in national and industry publications.

London Branch Officer (1999 – 2003)
Prior to my appointment as Communications Official in January 2004, I worked full-time for the MU as Secretary to both the West London and SW London Branches.

In the first three years, total membership of the Branches increased by 10%.

The role encompassed the delivery of:

Prior to being employed, I was involved in the MU as a West London Branch activist and Committee member from 1988 to 1998, as an MU London District Council member in 1996 and as MU Conference Delegate in 1997.

In addition to being a long-term member of the MU, I also belong to the GMB and the NUJ, PPL, The Ivors Academy, and PRS for Music as a writer member.

In addition to working as a musician, and my lengthy career with the MU, I worked for several years in sales and marketing in financial services and hospitality. Gaining valuable in-depth experience in management, sales negotiation, marketing campaigns, dispute resolution and the delivery of people-focused services.

In 1995 I was employed as an Area Sales Manager by Schroder Leasing, achieving a personal annual sales target of £1.8m in London and a combined £3.9m of new business in partnership with a sales executive.

This led to my appointment as a Business Development Executive, responsible for the maintenance of new and existing accounts. I managed a team of five, which achieved a set target in 1998 of £18m at an average return of over 11%.

I studied with the CIM whilst working in Marketing Communications for Schroders, where I was allocated an annual budget of £300,000 for PR/advertising/promo materials and sales liaison.

My wife Julie and I married in 2002 in Florida Keys and we live in Beckenham, Kent. Our son Ben was born in 2006 and I have been stepfather to Julie’s daughter, Lisa, for over 25 years. Lisa was born profoundly deaf and currently works as a London representative for the Royal Association for Deaf People.

The following domains all direct to this site: 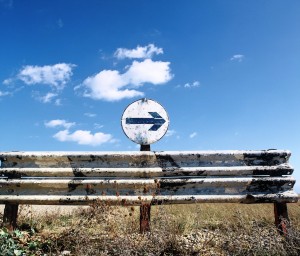