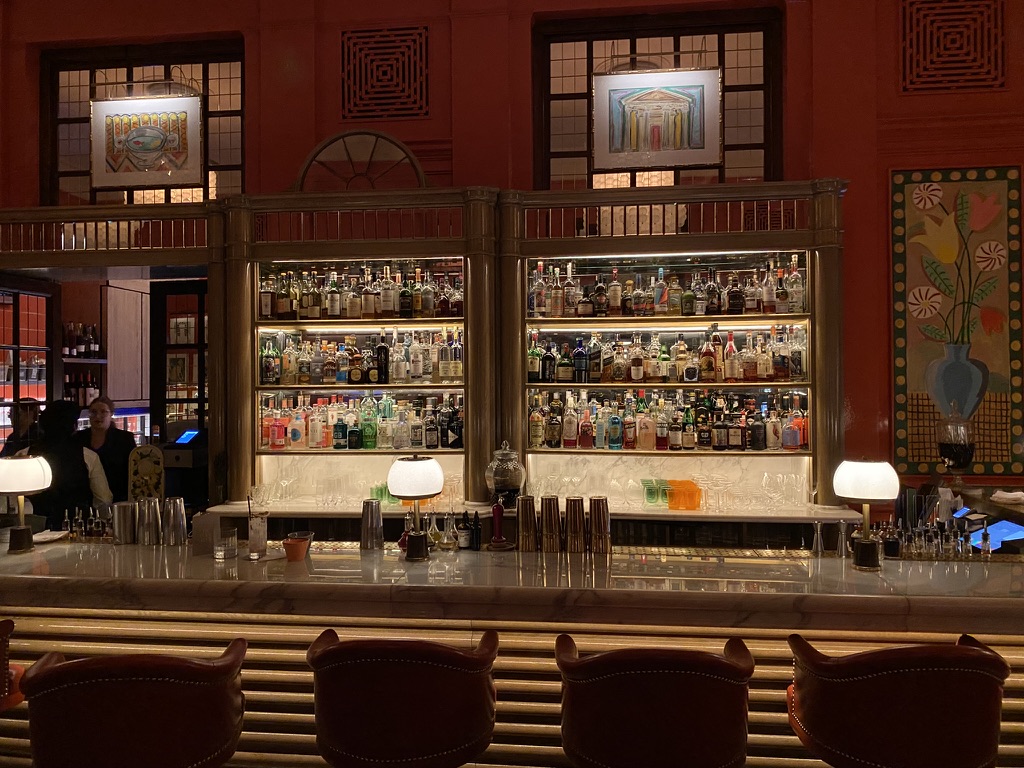 One of my favourite bars in central London can be found in the Bloomsbury Hotel in Great Russell St, just along from TUC Congress House. The Coral Room serves a fine range of beers, shorts and cocktails, in surroundings inspired by the jazz age of the 1920’s and created in collaboration with Martin Brudnizki.

I have been dropping into this hotel regularly down the years and in the book, ‘A History of  The Bloomsbury Hotel’, various writers including Martin Lutyens (Chairman of The Lutyens Trust) delve into the history of the building, as designed by Martin’s great uncle Sir Edwin Lutyens in 1928. The book also discusses the hotel’s links with the Royal family, its connection to Seamus Heaney and the Lutyens legacy, plus an intriguing beginning:

“The history of The Bloomsbury Hotel building began in October 1923 as ‘The Central Club’, when a former National General Secretary of the Australian Young Women’s Christian Association was concerned to find that there was no provision for club life in London, when such facilities were readily available in Canada, Australia and America.

The idea was met with a surge of positivity, and a fundraising campaign was formed. Soon, London was inundated with canvassing, with signs plastered across the city adorned with slogans like “Be a brick and buy a brick” and “London stand by your girls”. As donations began to flood in, a committee was formed to shape what was to be known as The Central Club. Her Majesty Queen Mary laid the first stone in June 1929, and the building was finished less than two years later and proved an instant success. As quoted in the book:

“The Central Club was created to provide an elegant centre where mutual interest between woman and woman on a Christian basis, might be worked out and from which no concerns affecting the welfare of women and girls should be left out. It was to serve as a meeting ground for women of different nationalities and occupations, and was deliberately placed in a central location so that it was available both to Londoners and women arriving in London for the first time.”