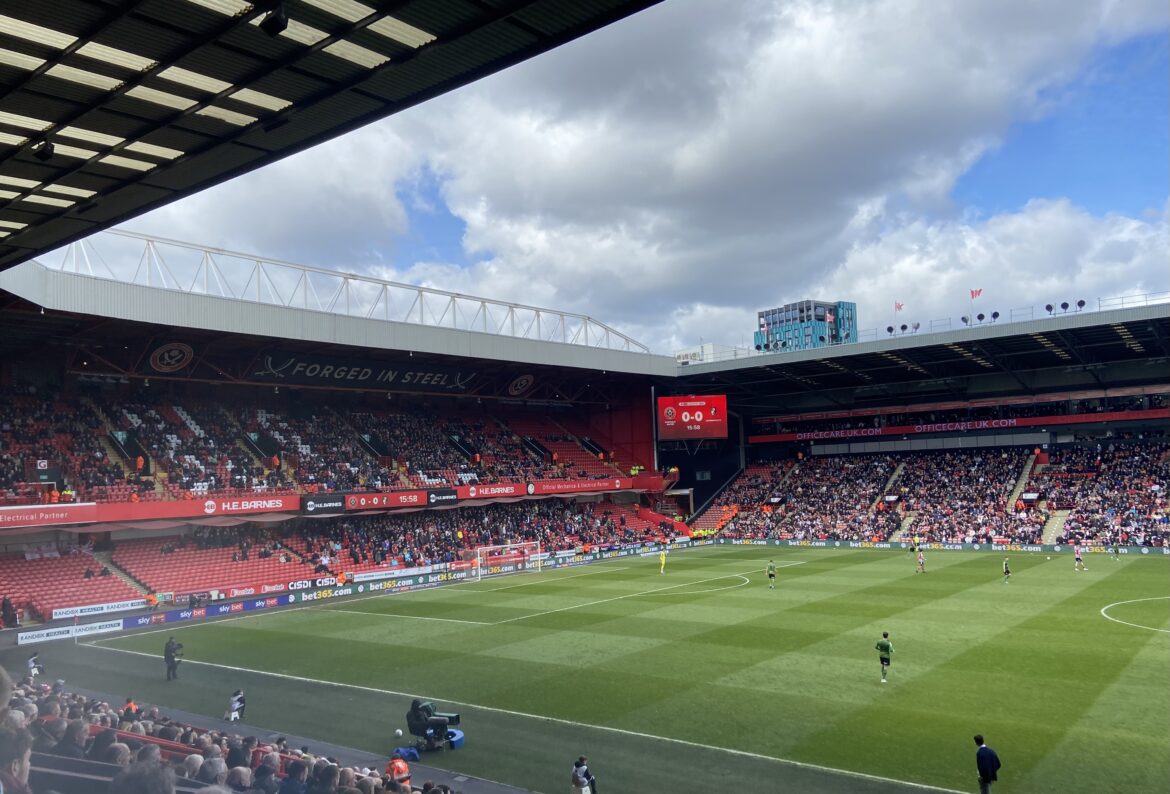 I could be found in Sheffield today, at the home of the Blades, Bramall Lane. I had been kindly invited by former striker Tony Agana to their home match with AFC Bournemouth. We arrived at the ground just before 11am and immediately ran into local legend and former England star, Tony Currie, once voted the club’s greatest ever player.

We then entered the stand named after Tony and took our table in the Directors’ Lounge, where we enjoyed a pleasant meal prior to the kick off. This was the early fixture in the Championship and at half past twelve we took our seats, located in a perfect position above the halfway line.

The match was feisty, with Cherries’ full back Adam Smith at the heart of the action, and although there were a few close shaves in the first half at both ends, the forty-five minutes ended scoreless. Upon climbing the steps, I had the pleasure of meeting Bournemouth chair, Jeff Mostyn, a massively influential and important figure behind the scenes for many years.

Sheffield continued to press for a breakthrough in the second half, but were unable to find a way through the Cherries’ defence, and the match finished 0-0.

After the match, many a former home player were in the Lounge, and Tony introduced me to Carl Bradshaw, Peter Duffield and Mitch Ward, but the start of the show was – understandably – former manager Dave ‘Harry’ Bassett.

Thanks Tony for a memorable day in the Yorkshire sunshine. 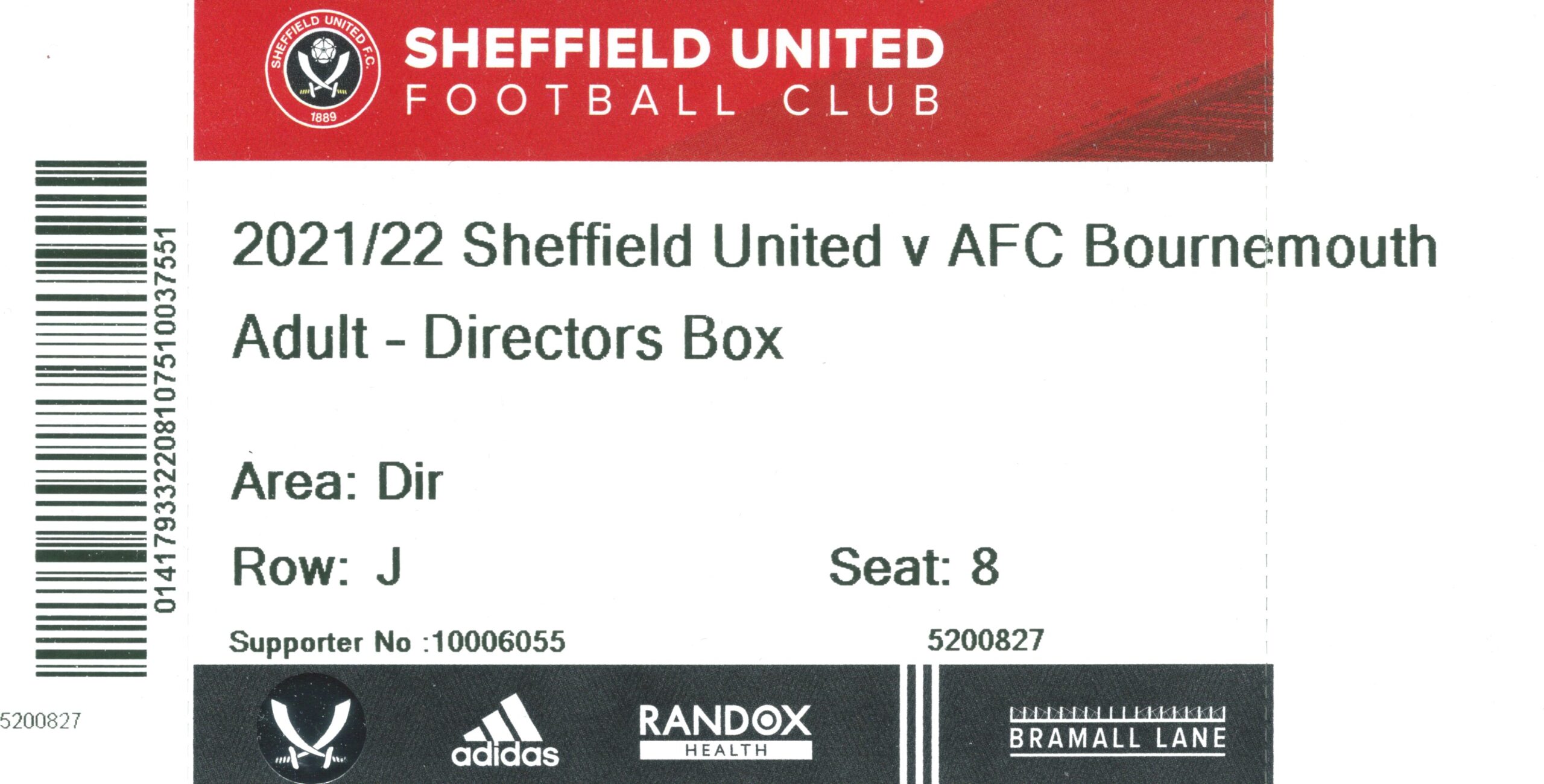 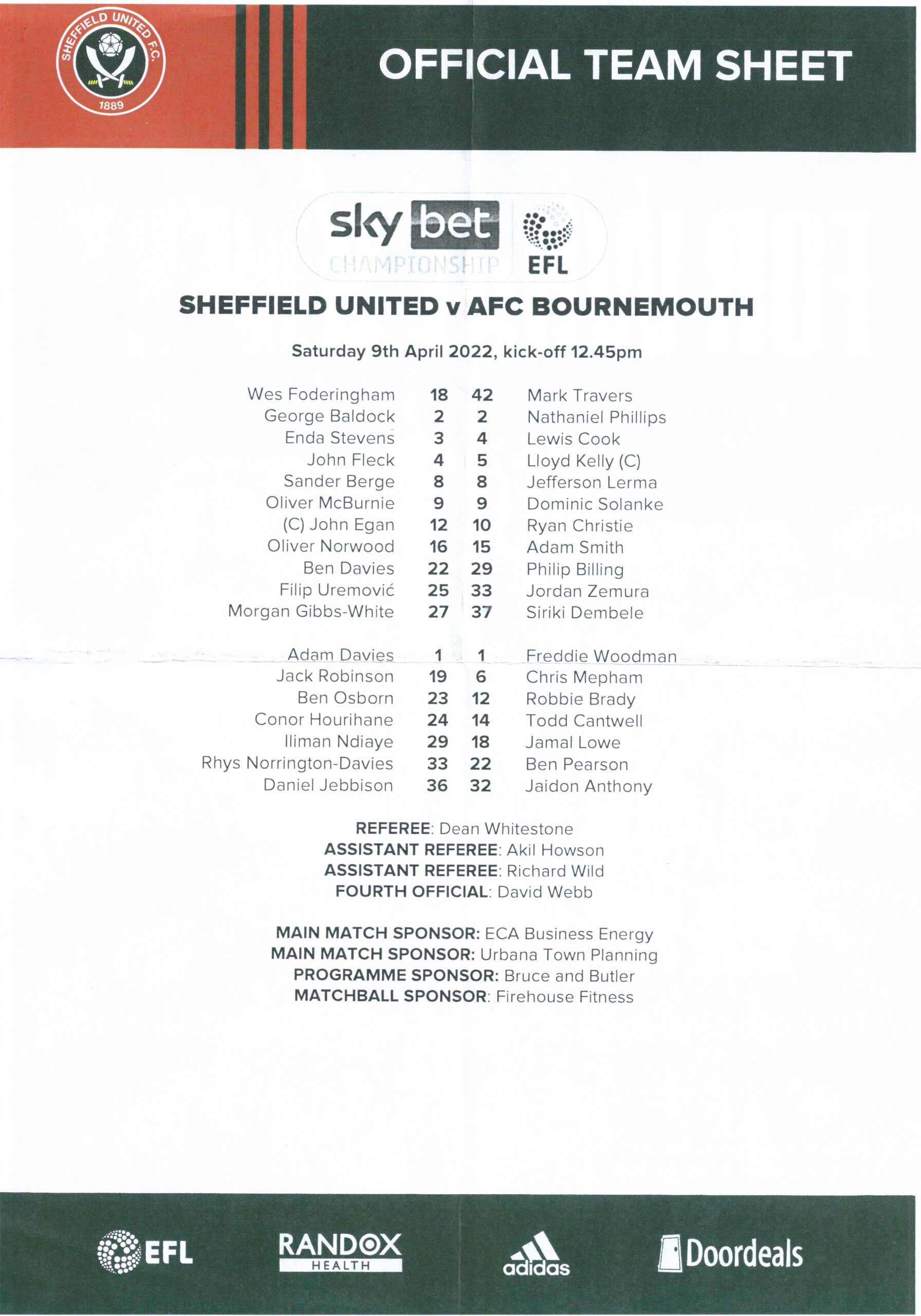