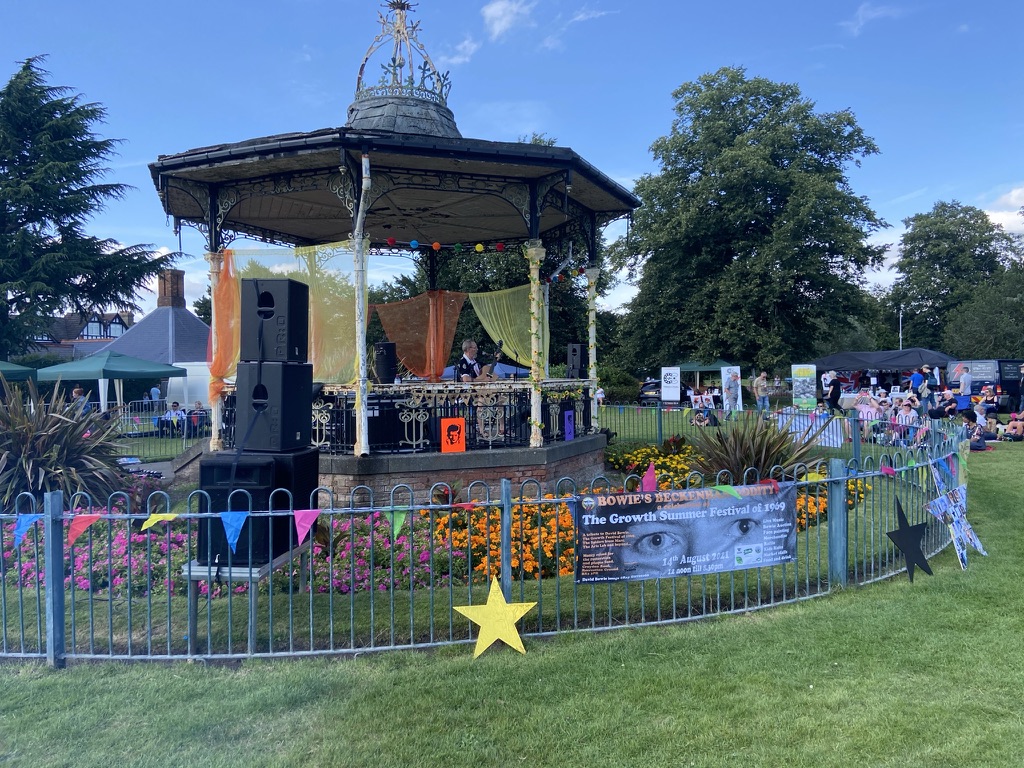 I spent a rare afternoon in Croydon Rec in Beckenham earlier today, in the section of the park where the bandstand is sited, drawn by the structure’s association with one-time local resident, David Bowie.

Bowie and friends organised a festival in the park on 16 August 1969, principally to raise funds for the Beckenham Arts Lab, and this event is commemorated each year.

Fans of Ziggy, the Thin White Duke and his other personas, gather to celebrate his work in the company of artists who either played the original event – Keith Christmas for example – or simply to reflect upon the great man’s career and influence.

It was marvellous to meet Suzi Ronson, widow of ‘Spiders from Mars’ guitarist, Mick Ronson, plus James Stevenson – known for his playing in Chelsea, The Alarm, Gene Loves Jezebel, Gen X, the Cult and Bowie tribute band, Holy Holy.

Artists on the bandstand this time around, under the ‘Bowie’s Beckenham Oddity banner’, included the engaging Jessica Lee Morgan, vocalist with Holy Holy, and Bianca Maguire.

All those involved in setting up the event once again must be congratulated for a most successful afternoon. N.B. David Jones may have been born in Brixton, but David Bowie was definitely born in Bromley.