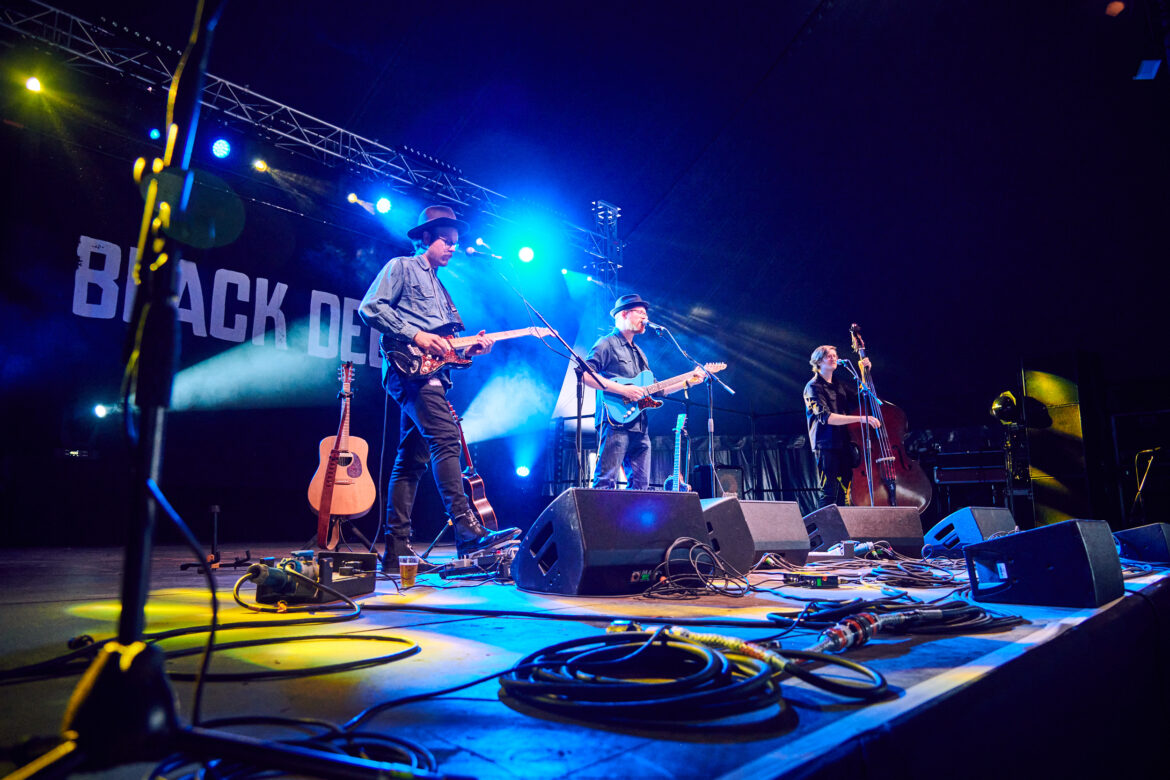 A superb weekend in the Kent countryside at the third Black Deer Festival. The event was cruelly cancelled at very short notice last year courtesy of an impactful lockdown and it was wonderful to be back amongst the enthusiastic crowd in Eridge Park.

I was fortunate enough to interview both the organisers Gill Tee and Deborah Shilling, backstage in the press area on Saturday afternoon, and rising star Kezia Gill shortly before she wowed the packed throng in the Haley’s Bar tent. Great to catch up with session star Holly Carter too. Thanks to all of them for their time and commitment during the productive photo sessions with Jonathan Stewart.

I wish to also thank the media and events team of Julie Gaskell, plus Lara Goodfellow, Evangeline Atkinson and Georgie Thorogood of Sonnet Music PR for their unstinting help in arranging passes and access. Especially to the relaxing Jackson Social area.

I was joined over the two days by my wife Julie and son Ben, producer Greg Fitzgerald and his daughter Emily, Mark Batchelor, former MU General Secretary Horace, his wife Tracey and their son Fred Trubridge, plus my stepdaughter Lisa Pepper and her close friend Katie Havering.

I had the chance to catch excellent set – my favourite over the weekend – by singer/writer/guitarist John Smith who performed on The Ridge stage accompanied by the marvellous Tom and Mark of the Northern Cowboys (pictured).

In addition, kudos should go to The Waterboys, Robert Vincent, Noble Jacks, Lady Nade, Kitty, Daisy & Lewis and headliner Van Morrison for their top class performances. I was sorry to miss Kent-based Luke Jackson – I must read my programme more thoroughly!

I understand Julie, Lisa and Ben found plenty of time for axe throwing and threw many a thrilling shape at the silent disco. Never-ending joy. Here’s to next year.