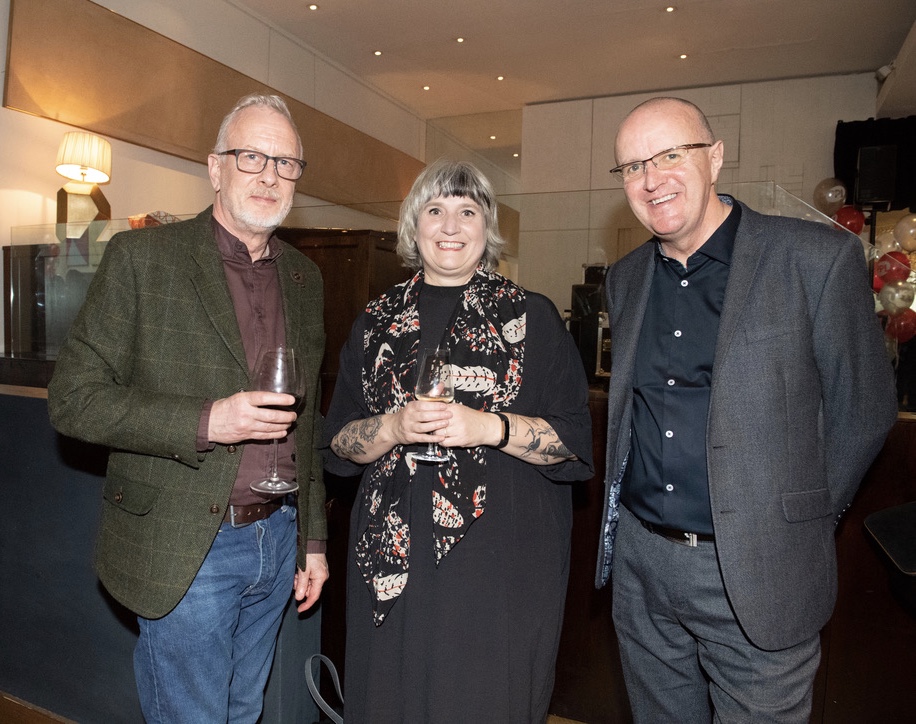 The UK Americana Music Association (AMA-UK) has revealed the nominations for the seven member-voted categories of the UK Americana Awards 2021, and also the winners of the coveted special awards presented by the AMA-UK board. The Awards show itself will be preceded by two evenings of showcases, featuring exciting international partners including Prince Edward Island, Thirty Tigers, Canadian Independent Music Association, North Carolina Music Export, Sounds Australia, Yep Roc and Loose Music from the UK.

Wristbands for the whole event, which will be held virtually January 26 – 28 2021, are on sale now

The special award recipients are: Elvis Costello for the AMA-UK 2021 Lifetime Achievement Award, Mavis Staples for the International Lifetime Achievement Award, Christine McVie for the Trailblazer Award, Steve Earle for the International Trailblazer Award and the Songwriter Legacy Award, specially created this year for the late John Prine, in celebration of the legendary US singer-songwriter’s life and work.

Speaking of her award, Christine McVie said: “My humble thanks to the UK Americana Awards for their generous acknowledgment of my music! So thrilled at this stage of my life that I am remembered. It’s been my privilege to make so many people happy, so again, thank you very much, it means a lot to me.”

Mavis Staples commented: “I’m so honored to receive the International Lifetime Achievement Award from the Americana Music Association UK. I think it’s so important to have an association advocating for Roots Music in the UK, so to receive this award is really special. From Union Chapel to Glastonbury, some of my favorite places to sing are in the UK. I even recorded my last live album, Live in London, at Union Chapel! So, thank you. The UK holds a special place in my heart so to receive this Lifetime Achievement from the Americana Music Association UK really means a lot to me.“

“Honors received in Britain have always been special to me, I guess, because I never had to struggle to reach an audience on that Island. They got it. From day one” Steve Earle

“This is a most surprising award. I left home a long time ago and yet I have been welcomed into many American musical destinations of which I might, once, have only dreamed. As Conway Twitty once sang, “It’s Only Make Believe” but I am thankful for this acknowledgement.” Elvis Costello

In addition, the Bob Harris Emerging Artist Awards goes to Robbie Cavannagh and Demi Marriner, in recognition of their efforts to support fellow artists during the coronavirus pandemic, and the Grassroots Award goes to Music Venue Trust’s Mark Davyd and Beverely Whitrick.

The award for the Best-Selling Americana Album by a UK artist, presented in conjunction with The Official Charts Company (OCC), will be announced in January.

On news of their award, Robbie Cavannagh and Demi Marriner said:

“Earlier this year I won some free tacos at a local bar, and I thought I had peaked, but to then receive this incredible award and walk in the footsteps of so many fantastic artists and friends before me is truly the ultimate honour. Way better than tacos. To accept this award alongside my partner Demi makes it all the more special. Thank you so much to everyone at the AMA -UK  and of course to the incredible Bob Harris. Your support and friendship makes me truly feel like a valued artist in an industry that isn’t always kind. “  Robbie Cavanagh

“It is an absolute honour to win this award. I am a huge fan of everything Bob does and continues to do for this genre, and for all of the platforms and opportunities that the AMA-UK give. It is so awesome to be in this category alongside some of my favourite artists and bands that have previously won! It is a magical end to a pretty strange year.”   Demi Marriner

UK AmericanaFest will be virtual in 2021. Although the AMA-UK board members realised that the coronavirus pandemic would make it impossible to host the event across venues in Hackney as they had very successfully for the past 5 years, they recognised more than ever the need to stay connected, for artists to enjoy vital showcase opportunities and for the community to celebrate the success of its award winners, all of which inspired the decision to proceed online. The Awards and showcases will be viewable across all devices and platforms via a unique UK AmericanaFest website. Further information to come.

“AmericanaFest UK is the ultimate celebration of Americana music in the UK and, in our sixth year, taking our programme online for the first time, we will also welcome a host of international names from Australia, Canada, and the US  Our line-up is one of the best yet, with two nights of showcases , culminating in our ever-popular UK Americana Music Awards on 28 January 2021.

Throughout the shared trauma of the 2020 pandemic, the creative sector has been incredible in the way they helped keep others’ spirits high with their music. The Board of the AMA-UK is determined to create an event to bring us all together again.  Even if we can’t travel and be in the same room, we can still gather in the same space online to celebrate those artists who have been brave enough to release music in recent months or used their platform for good causes.

I am very excited for the event and also very humbled by the support and generosity of the music community during these times.  I, for one, cannot wait to see everyone at AmericanaFest 2021.” Stevie Smith CEO AMA-UK

As part of this year’s activities, AMA-UK along with charity partners Help Musicians, is focussing on mental health and wellbeing, with a new set of aims to include inclusivity and diversity. They are signed up to Keychange and will continue to have a 50:50 gender balance across everything they do. After the success of their two songwriting workshops hosted with Hackney Council Culture team, working firstly with elders and then the Windrush generation, AMA-UK is delighted to be hosting a third songwriting workshop, this time with NHS workers.

Nominations for the member-voted Awards:

Special Awards presented by the AMA-UK Board:

Best Selling Americana Album in conjunction with The Official Charts Company (OCC): to be announced in January

The Lifetime Achievement Award is selected by the board members. Our highest honour is awarded to a UK artist, duo or group in recognition of their outstanding contribution to the Americana genre over the span of their career and life in music.

The International Lifetime Achievement Award is selected by the board members. Our highest honour is awarded to an International artist, duo or group in recognition of their outstanding contribution to the Americana genre over the span of their career and life in music.

The Trailblazer Award is selected by the board members. This special award celebrates a UK artist, duo or group that has taken an exceptional path, inspiring others to follow in their footsteps in developing the Americana genre.

The International Trailblazer Award is selected by the board members. This special award celebrates an International artist, duo or group that has taken an exceptional path, inspiring others to follow in their footsteps in developing the Americana genre.

This award was designed this year especially to celebrate the life and work of the legendary songwriter John Prine, who we sadly lost to Coronavirus this year.  The board want to recognise the importance of John Prine’s writing in shaping this genre to what it is today.

The Bob Harris Emerging Artist Award is selected by Bob Harris OBE, and celebrates the breakthrough artist, duo or group that has particularly impressed the legendary music broadcaster throughout the year. This year’s Award goes to two artists who have shown the true spirit of community during the pandemic and made special efforts to support other artists during this difficult time.

Selected by the board members, the Grassroots Award celebrates the sometimes un-sung heroes of the UK Americana scene. It is presented to individuals working in the industry (in a capacity other than as artists) who have made outstanding efforts to support Americana music from the grass roots up.