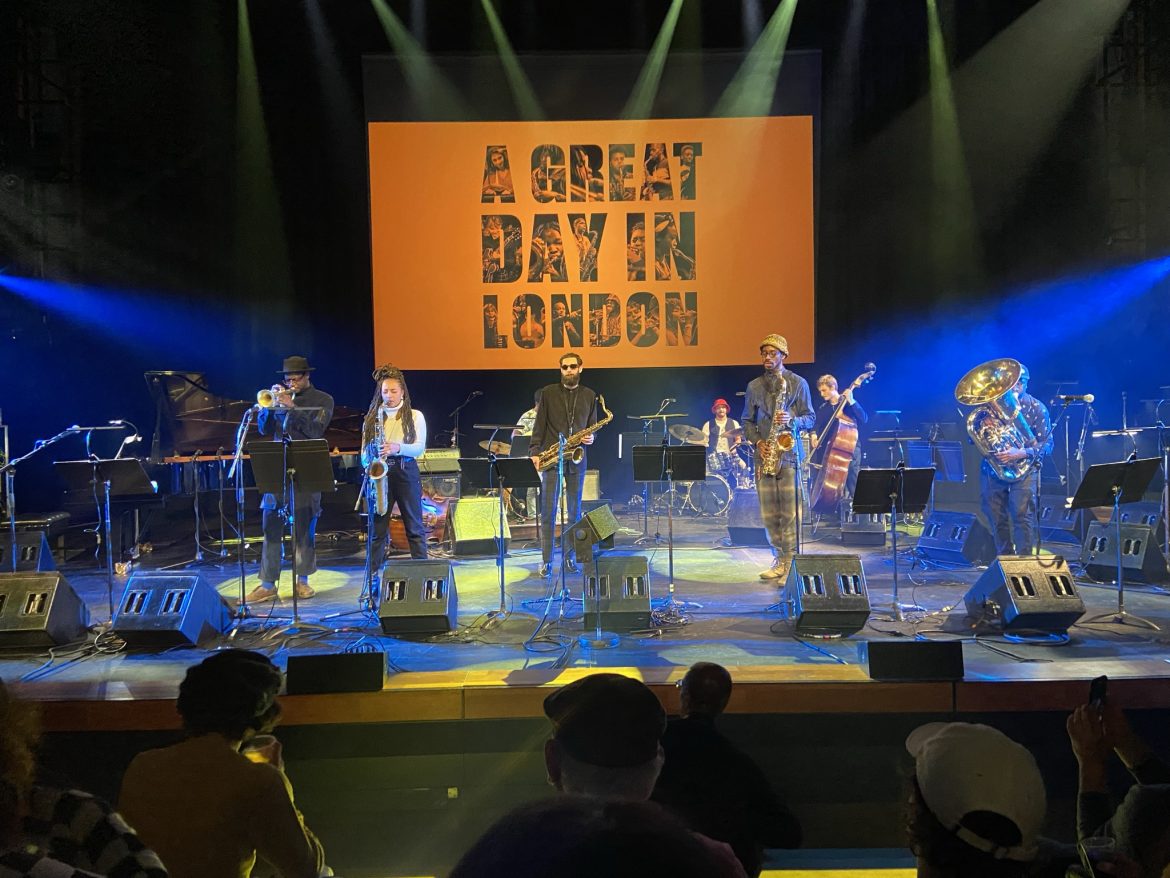 Tomorrow’s Warriors, the exemplary charity set up by Gary Crosby OBE and Janine Irons MBE to support and sustain our up and coming jazz musicians, is celebrating its thirtieth year of operation and marked this achievement with a tremendous concert tonight at the Queen Elizabeth Hall.

Opening the show was the ‘Junior Band’ who instantly belied the name, blowing the audience away with a combination of energy, maturity and pre-eminent musicianship. Flautist Keira Chakraborty and trumpeter Finn Hori-Ohrstrom took the lead plaudits, setting an amazing standard for the evening with their fiery soloing.

The Soon Come Ensemble, Female Frontline, Violet Room All-Stars, Nu Troop and Soon Come Orchestra all followed with a blistering display of individual and collective playing. A true tribute to the quality and consistency of Gary’s leadership and vision.

The highlight for me was a bravura performance during the second half of Round Midnight by Cherise, which was worth the entrance fee alone.

The event – sponsored in part by the MU – was called A Great Day in London as a tip to both the famous ‘Great Day in Harlem‘ photograph taken in 1958 and its sister picture taken in Trafalgar Square in 1962.

If you can, please do support the Warriors and the charity’s vital work. Donations can be made here.

The final video in this series of eight discussing

My next video focuses on the majesty of orchestras

My next video highlighting the crucial role of gra

Next in the series of videos, this time focusing o

The second video in the series, this time focusing

Hello! I am standing for MU General Secretary in t