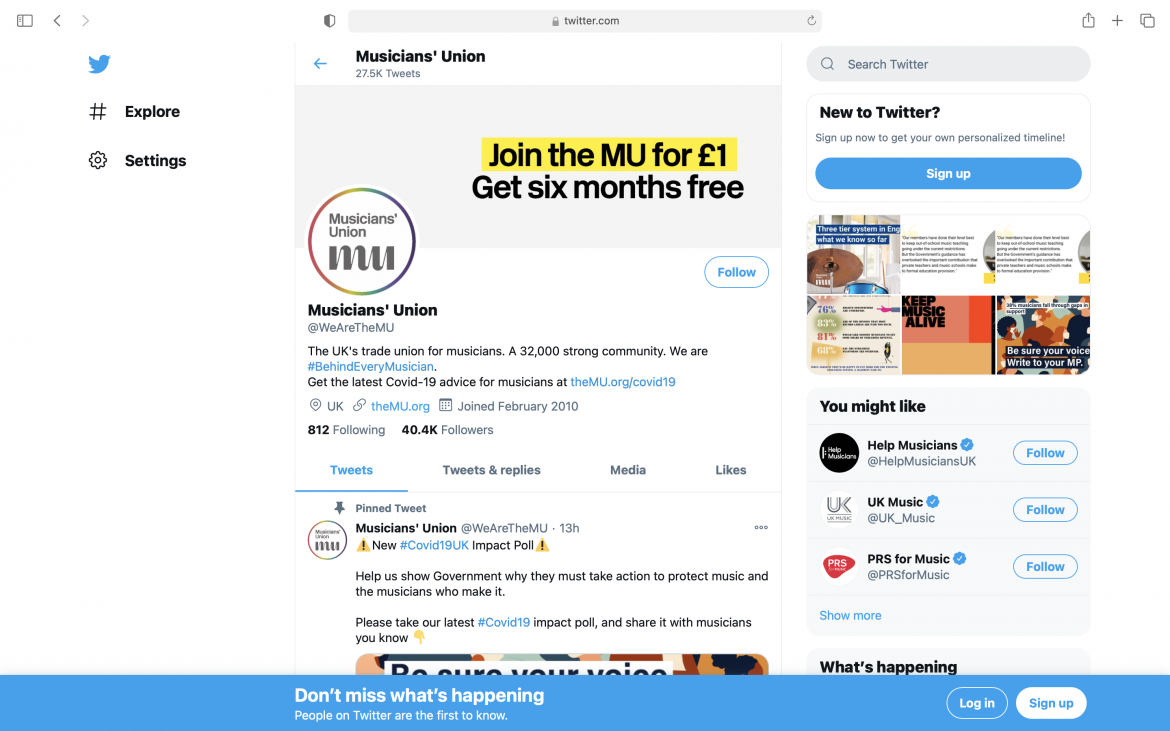 The Musicians’ Union has joined the 48-hour Twitter ‘walkout’ against Twitter’s inaction this weekend, following a series of tweets inciting violence against Jewish people posted by grime artist Wiley. The Twitter walkout means the Union will not be posting on the platform for 48 hours, from 9am on Monday 27 July to 9am on Wednesday 29 July.

The MU stands in solidarity with all of its Jewish members against anti-Semitism in all its forms. The Union aims to accentuate there must be no space for such hate on social media and that Twitter’s inaction is unacceptable.

“The MU will not tolerate anti-Semitism and stands in solidarity with our Jewish members and the wider Jewish community. Anti-Semitism has no place in the music industry or in society.

“Recently people from all over the world have come together to take a stand against racism and demand action. Social media platforms must tackle all forms of racism and implement more robust ways to address anti-Semitism and remove it from the platform.”

The MU is also urging the Government to implement the Online Harms Bill, which could be used to hold websites accountable if they fail to tackle harmful content online. The Bill is currently only in the proposal (or ‘white paper’) stages, and there are fears that it could be facing lengthy delays.

“We call on the Government to implement its Online Harms Bill which sets out action to tackle online content or activity that harms individual users or threatens our way of life in the UK.

“Platforms must be held accountable for illegal or harmful content posted by users. It is unacceptable that Twitter did not take down Wiley’s posts immediately. If the BBC had hosted racist or discriminatory content, they would have been held to account.

“We must demand more from social media platforms and search engines; they know what they’re hosting due to highly sophisticated content recognition software they use so they are culpable.”