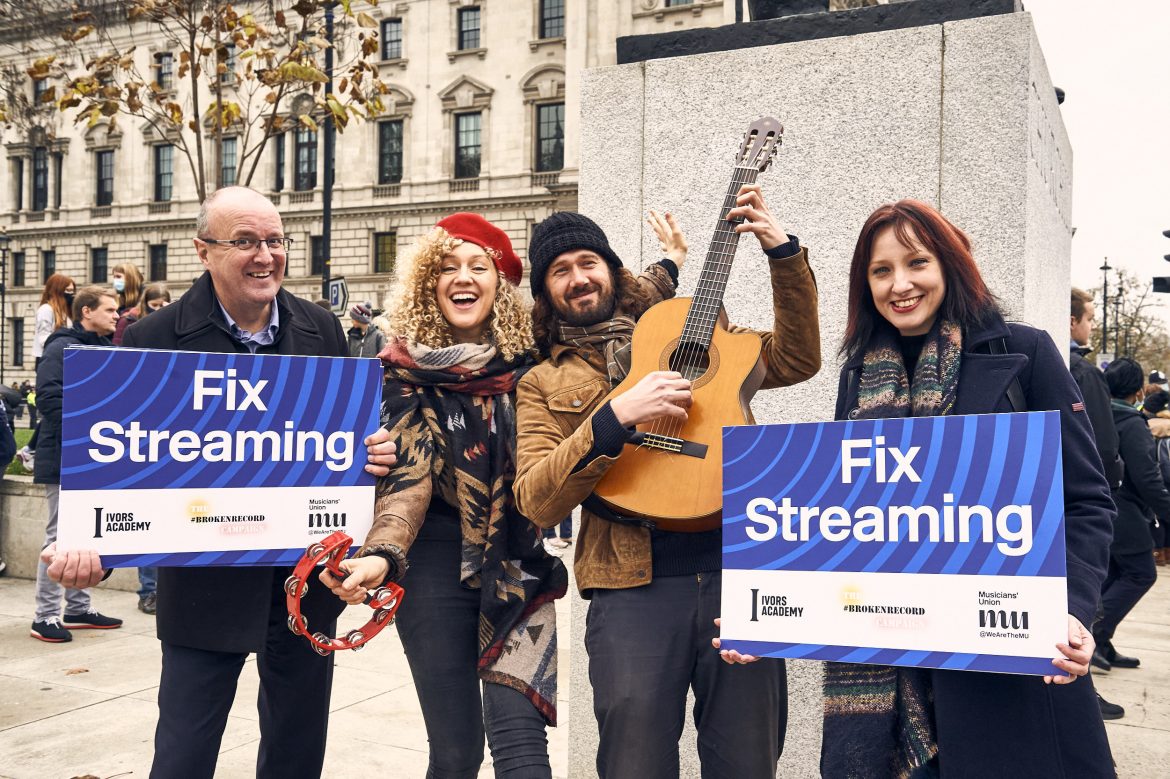 An energised crowd of musicians and Parliamentarians gathered in Westminster outside the Houses of Parliament at lunchtime today, to mark the publishing of Kevin Brennan’s Private Member’s Bill aiming to ‘Fix Streaming’, which is set to be debated in the House on the 3rd.

The event, organised by the MU and The Ivors Academy, in partnership with lobbying and PR firm Lodestone, proved a media success with the BBC in attendance.

Chair of The Ivors Crispin Hunt led the gathered masses in several renditions of David Bowie’s Heroes, which mashed into a pertinent ‘There’s no business like show business.’

You can hear Radio 1 Newsbeat’s report on the event by logging into BBC Sounds (from 9m 30s).