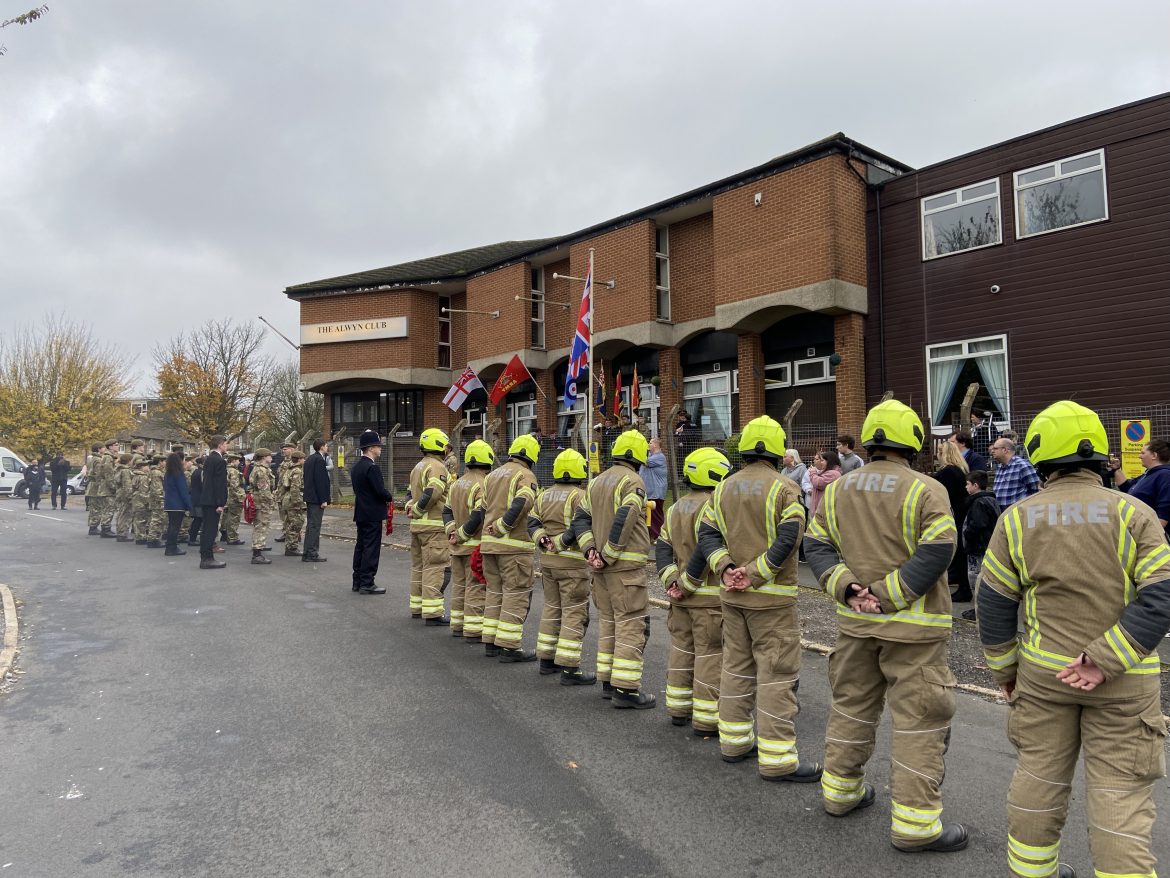 My son Ben is an army cadet with 143 detail in Shirley, Croydon, and today his group joined the neighbouring 145 cadets, the Fire Service, the police and St John’s Ambulance in honouring the armed forces who have given their lives in World Wars and recent conflicts. Firstly, at New Addington Baptist Church for a moving service, followed by a laying of wreaths at the memorial outside the local Alwyn Club. A sombre and suitably respectful day.