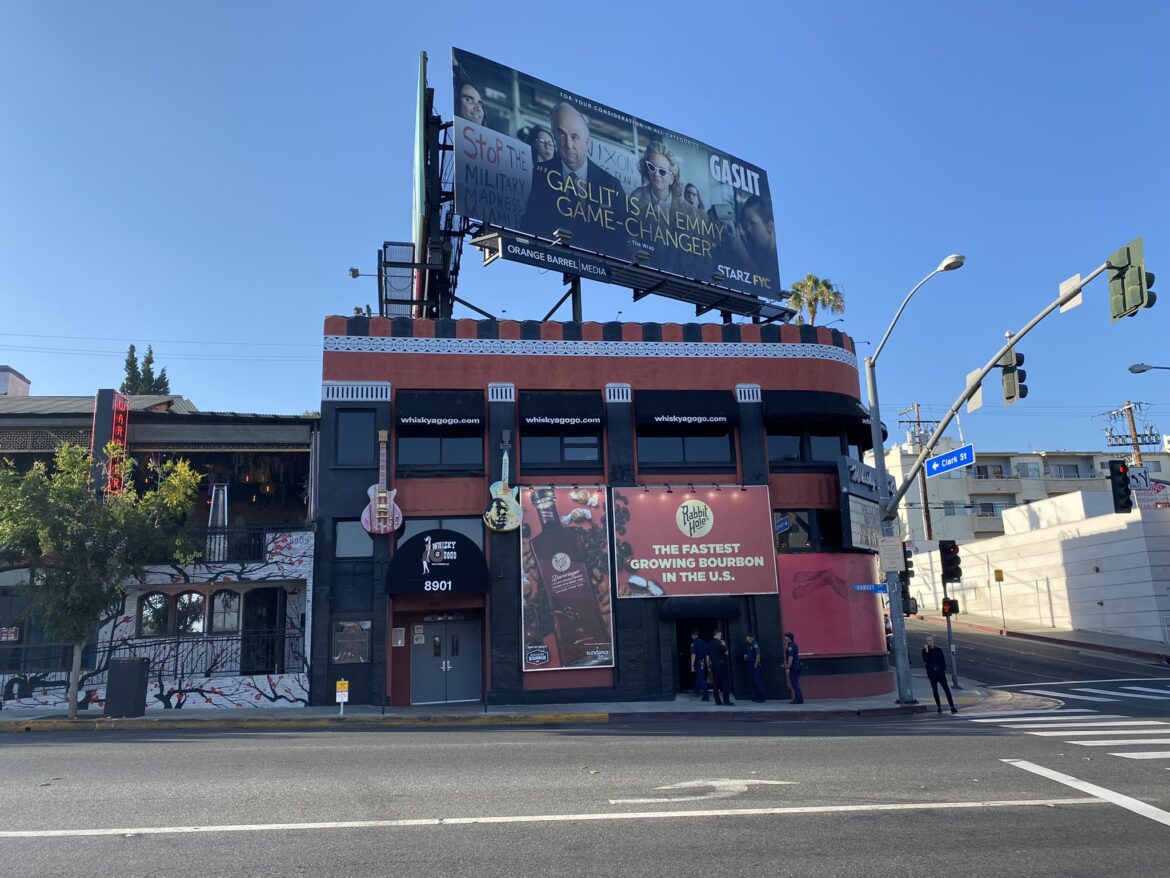 Our last drive between stopovers saw us head for Los Angeles and our final hotel, The Garland in Vineland Avenue, North Hollywood. I have often heard of stories of how LA lacks a city centre and that its sprawling nature makes for a disconnected experience. However, we found the city offered a series of fascinating and varied environments and proved a fitting end to our three-week road trip.

First up was a very pleasant boat excursion into the Pacific from Newport Harbour, during which we saw two large pods of dolphins – but no whales though. We followed this with a lengthy walk along the excellent Venice Beach to the San Marino pier.

Julie had pre-booked a guided visit to the Warners Bros Studios, which provided an in-depth look into the workings of the world-famous film and TV facilities. We subsequently took up our guide’s recommendation to dine at The Smoke House, a favourite haunt of George Clooney evidently.

A drive up to the Griffith Observatory offered superb views of the city and a distant sight of the famous Hollywood sign. Plus a stroll along Hollywood Boulevard meant taking in the walk of fame names in the sidewalk, plus a chance to see some of the historic buildings along the route.

A must-do for me was a drink at the legendary music hangout on the Sunset Strip, the Rainbow Bar and Grill. Located almost next door to the Roxy Theatre, the scene of many a landmark gig.

So, our memorable journey around California came to a close and we can happily look back on numerous moments that will stay in our minds for many years.