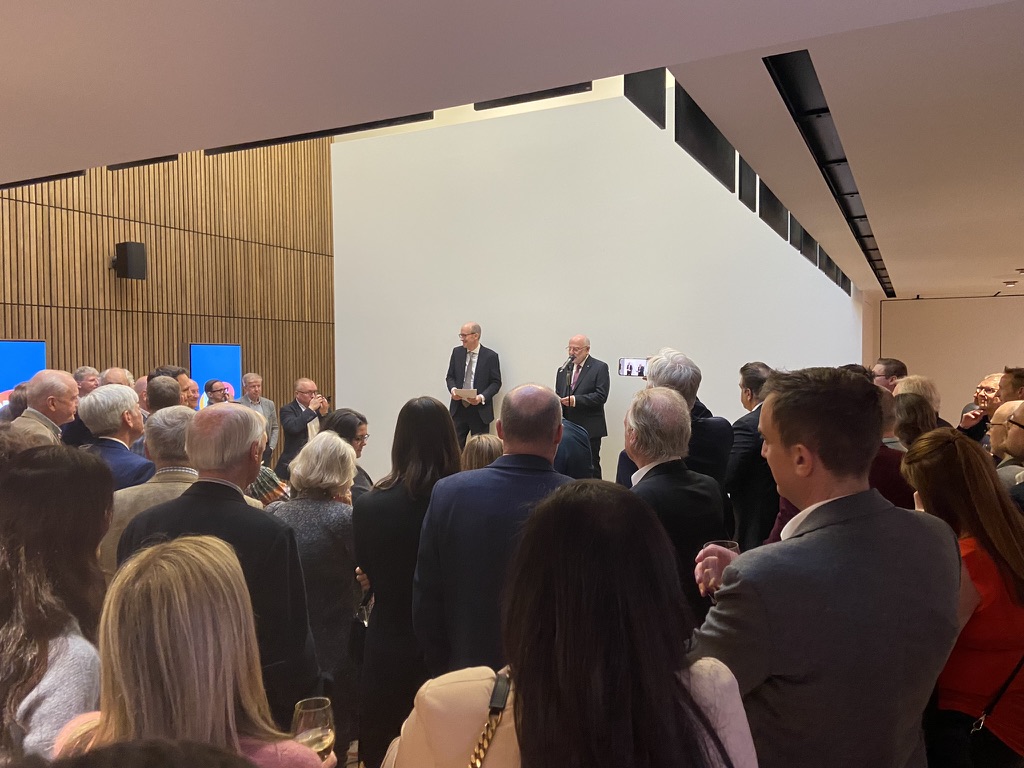 A busy two days in the centre of town, as all the MU staff and officials gathered at the Park Plaza in Waterloo to formally launch the start of the new era at the Union under the leadership of newly-elected General Secretary Naomi Pohl and Executive Committee chair, Alex Gascoine.

Following a first day of speeches and breakout groups, we walked along the Southbank to the new HQ premises in Snowsfields, London Bridge, where we were joined by former colleagues John Smith, David Ashley and Diane Widdison.

The following morning we continued with the planning meetings before the majority returned to their respective regions. A number of us remained at the hotel, as that evening we had been invited to a celebratory event at BAFTA, in Piccadilly, to mark John Smith’s OBE and Peter Leathem’s ten years as the collecting society’s CEO. It proved a pleasure to catch up with so many industry colleagues after the months of lockdown.