I attended the UK Americana Awards this evening at the Troxy in Commercial Road in London’s East End. The venue is a wonder in itself, having been England’s largest cinema when opened in 1933 with a showing of King Kong.

I arrived early with photographer Jonathan Stewart, who had been invited by the organisers to cover the event. We were soon settling in and meeting up with many familiar faces over a welcome drink, including Billy Bragg and award nominee Jamie Freeman.

As sponsors, the MU had a well-sited table and I joined General Secretary Horace Trubridge, his partner Tracey and their son Fred, along with industry colleagues from PPL.

The Awards were hosted, as ever, by the wonderful Bob Harris and the evening swung along very smoothly with a blend of live performances, award acceptances and speeches.

The winners included MU member and former cover star of The Musician magazine, drummer Sian Monaghan, who had come to prominence thanks to her work behind the kit with both She Drew the Gun and more recently, The Wandering Hearts. A most worthy accolade.

The marvellous Nick Lowe, who I had met that afternoon in the lobby of the local Holiday Inn, collected the Trailblazer Award, whilst Joan Armatrading was honoured with the Lifetime Achievement Award. Jade Bird was recognised with the Best Selling Americana Album Award, while Yola – who had been nominated at the recent Grammy Awards – was a double winner with UK Album of the Year and UK Artist of the Year.

A highlights reel of the event is available. 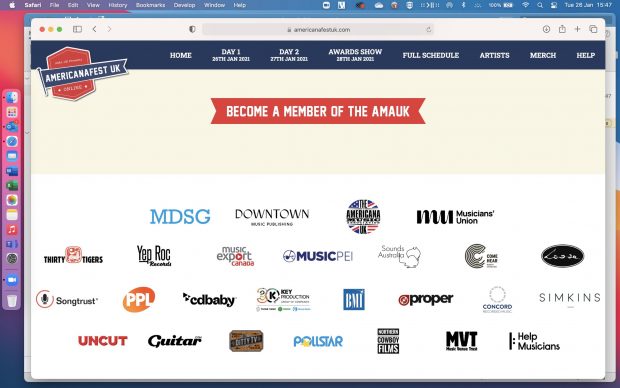