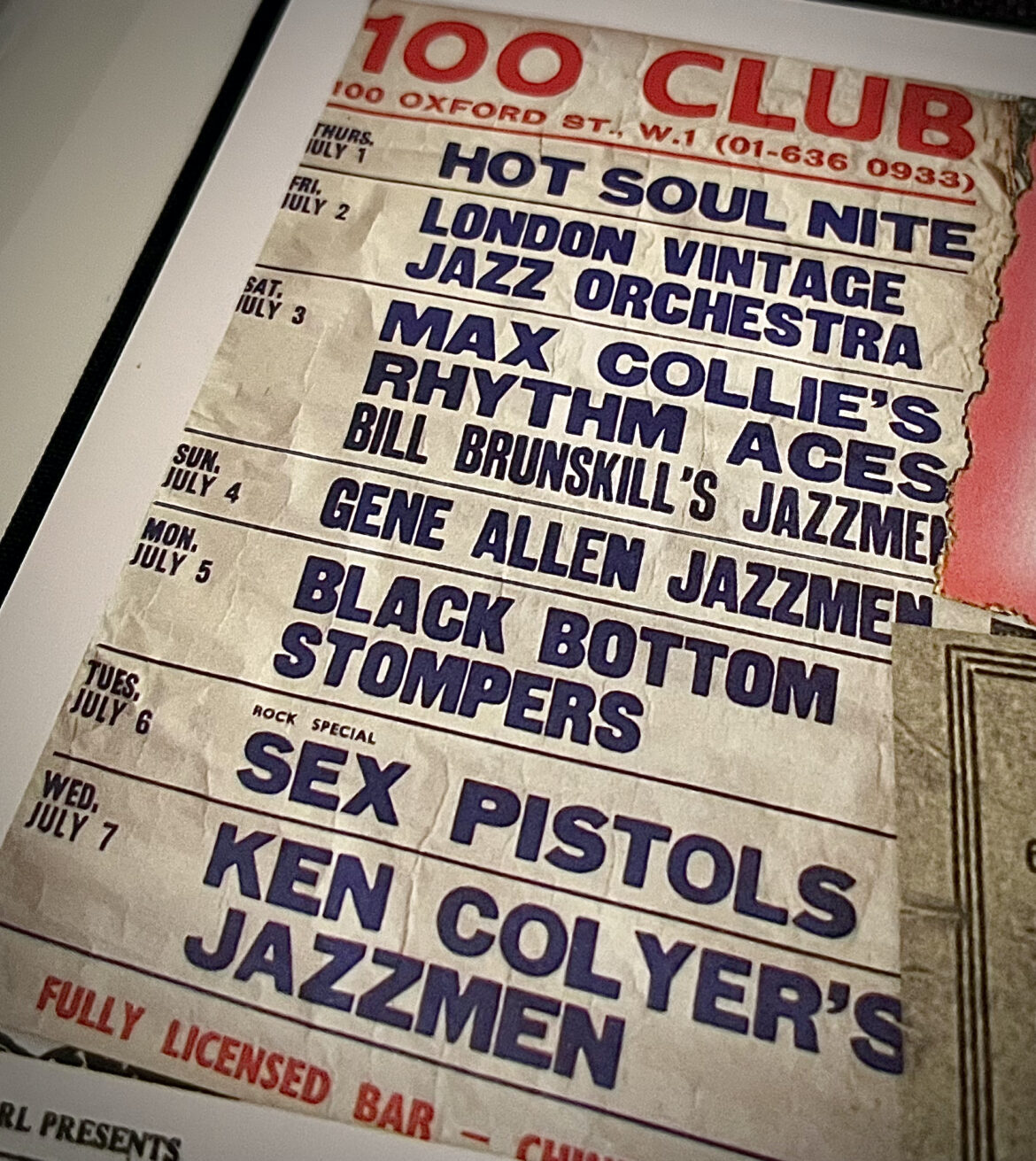 My brother Ken has played with numerous bands and artists since he turned professional in the 1960s, perhaps most notably as bassist with Ken Colyer later in that decade. (Please do take time to check out Colyer’s 1950s band and its influence – a key generator of the UK music scene at the time).

Most of my brother’s work has been in the live jazz world, both here and abroad, and he is still – impressively – regularly performing on double bass and guitar at the age of 82.

He recently came across this poster, which lists the acts scheduled to play the legendary 100 Club in London’s Oxford Street in the summer of 1976. Ken has played with five of the bands listed. Although, unsurprisingly, the Sex Pistols were not one of them!